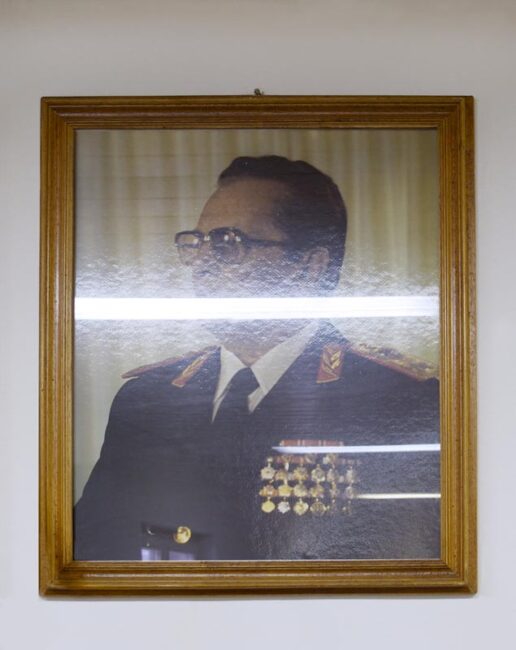 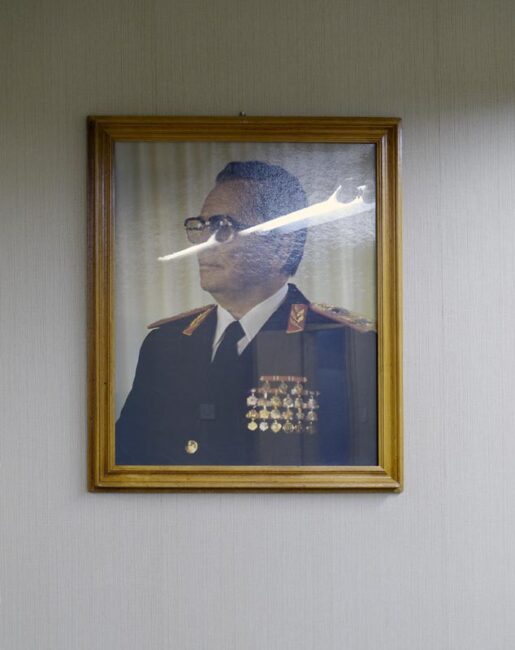 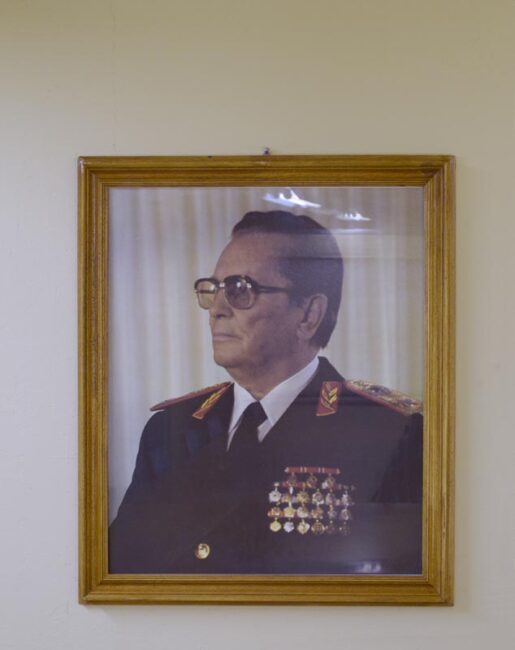 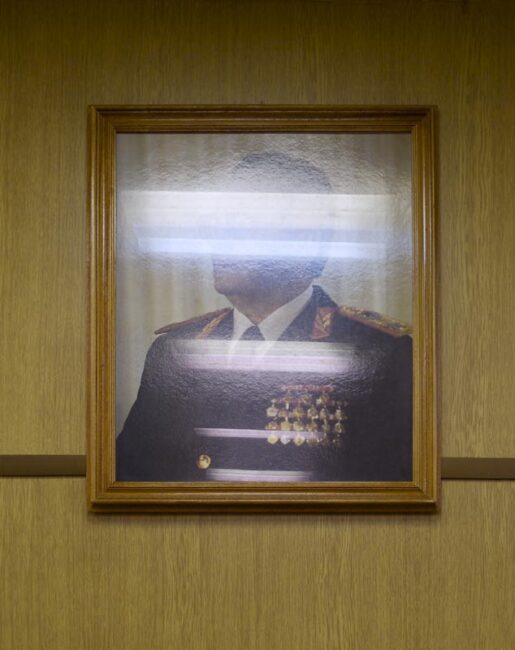 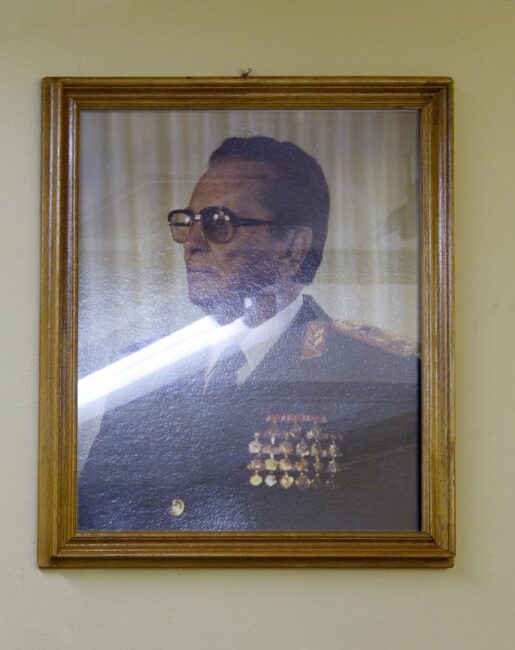 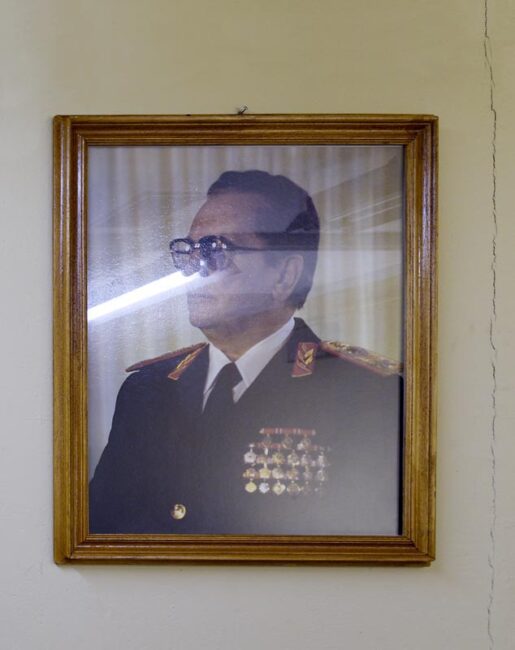 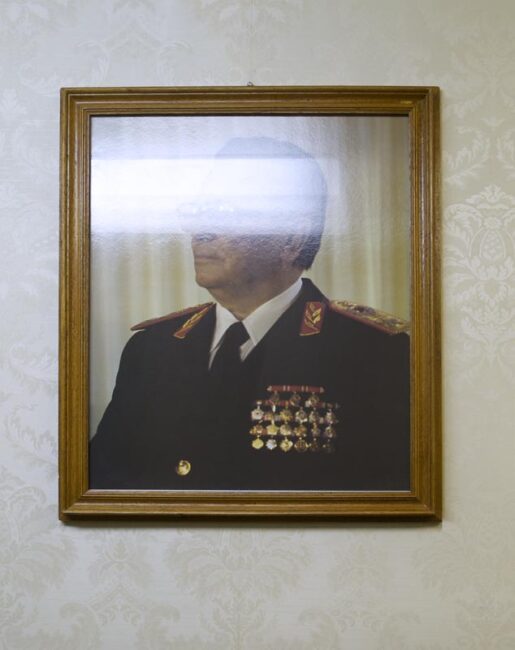 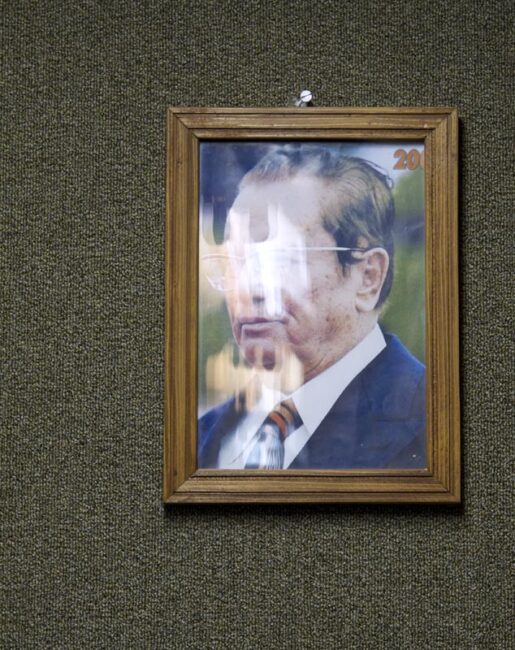 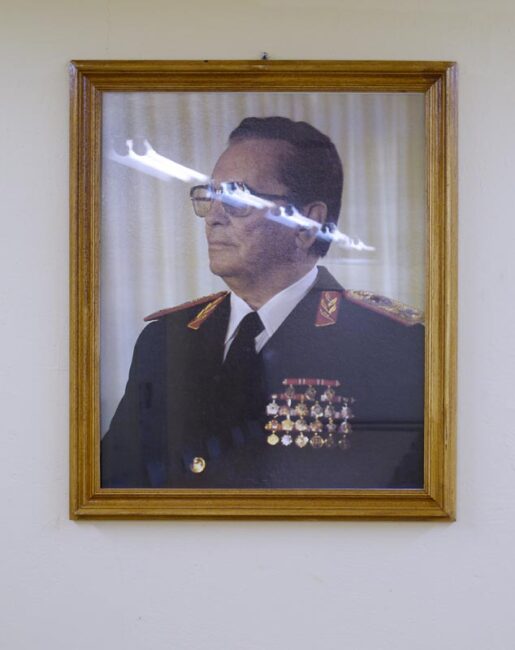 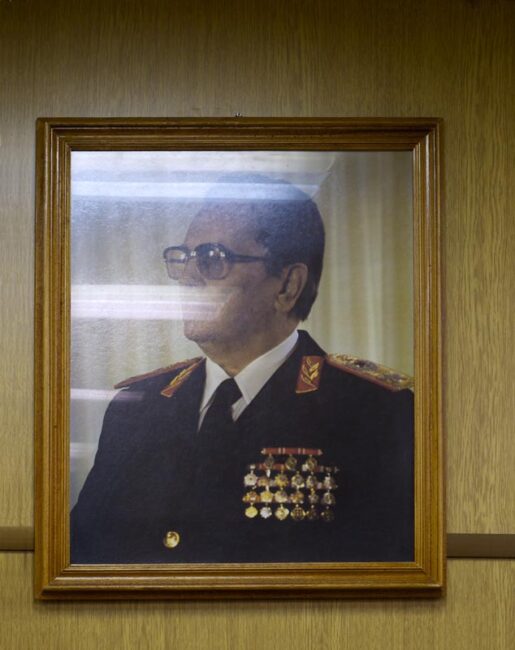 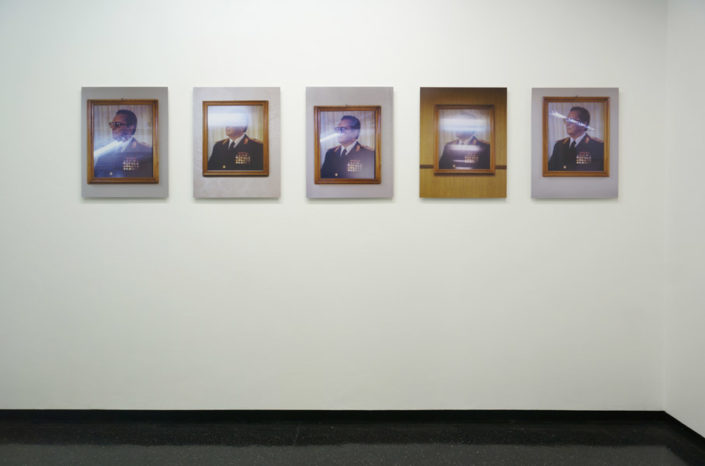 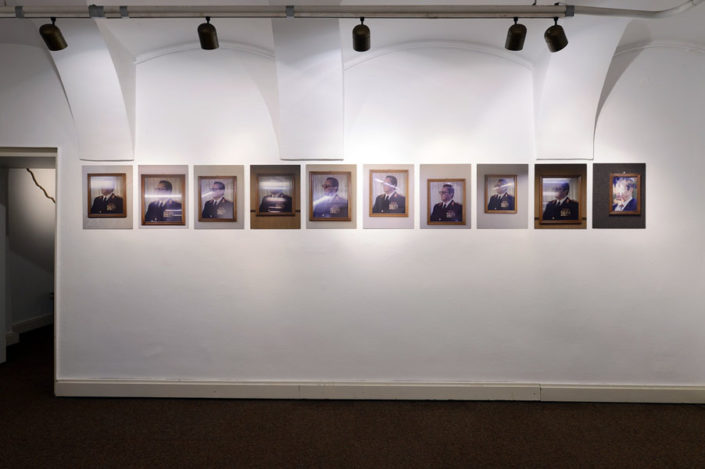 Installation views from In An Absolut World True Taste Comes Naturally at Camberwell Space, London and I Want to Talk about the War at Klovicevi dvori, Zagreb (Photo: Damil Kalodjera)

In 2011 I worked on a project in Tito’s bunker in Konjic, Bosnia and Hercegovina (currently run and maintained by the Bosnian Department of Defense). During one of the early visits to the bunker I became interested in framed portraits of Tito which hung in many of the rooms in the bunker – the same portraits I grew up with, as they hung in every classroom, office, workplace, train station….

I re-photographed each of these portraits in situ, in place where they hung on the walls, and shooting them through the glass of the frame. I was interested in finding angles at which the light from the fluorescent tubes in each of the rooms is reflected in the glass, consequently interacting with the image of Tito’s face – melting it, distorting it, obscuring it – creating an evocative range of associations from the perceptual merger of a human face and a streak of light. Depending on the angle of looking at these portraits, the ceiling light tubes sometimes appear to enter the front of Tito’s forehead, “emerging” again from the back of his head. Or the lighting fixture might reflect a band of light across his eyes, creating the ‘sun-in-his-eyes’ effect and essentially “blinding” him. At other angles, the light reflected in the glass appears across Tito’s neck like a blade or a guillotine, perceptually separating his head from his torso and virtually decapitating him.

The way these real effects of being in a specific space and time (light in the room, angle from which as a viewer you encounter these portraits) interact with and affect the images tend to insert some level of fiction into them – the “newly re-seen” images now depict Tito blinded, his sight obscured or compromised, the light piercing thru his head, or entering into his nose, or severing his neck… Other times the light reflected on the glass creates different optical effects – blends, waves, distortions – obscuring, abstracting, and compromising the image of Tito’s composed and authoritative face and pointing to the idea that looking at any historical materials is always going to be distorted, affected by the “now”, contingent on the place where you happen to be standing and the vantage point from which you happen to be looking.

“After Tito, Tito” – which takes its title from a slogan from the 1980’s Yugoslavia, following Tito’s death – plays past against present, convening an encounter between the historical Tito of the portraits and their contemporary distorted mirror images which have been produced in the troubled space of waiting, contemplation and stasis that is the Konjic bunker.