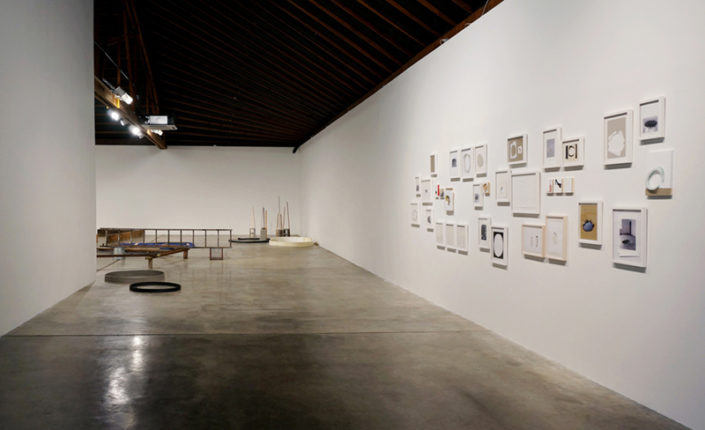 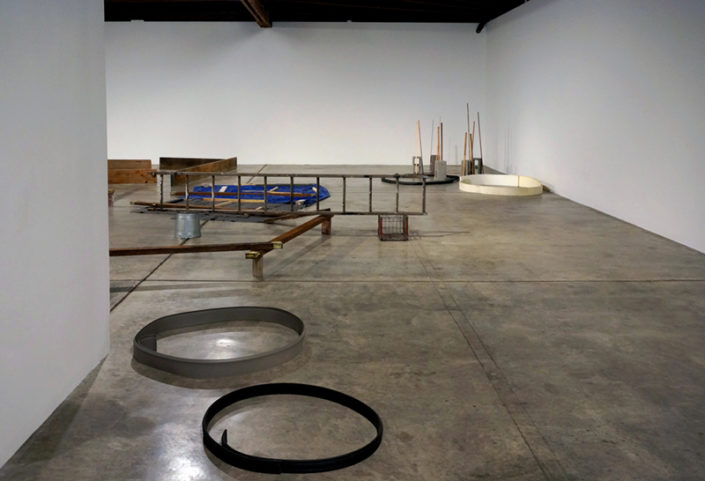 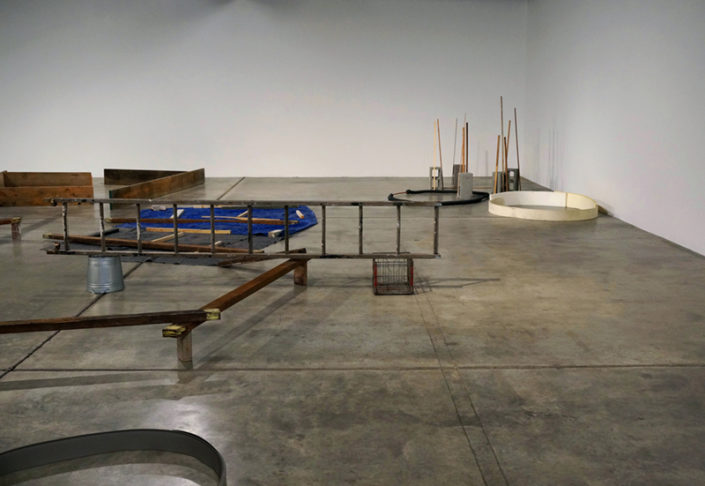 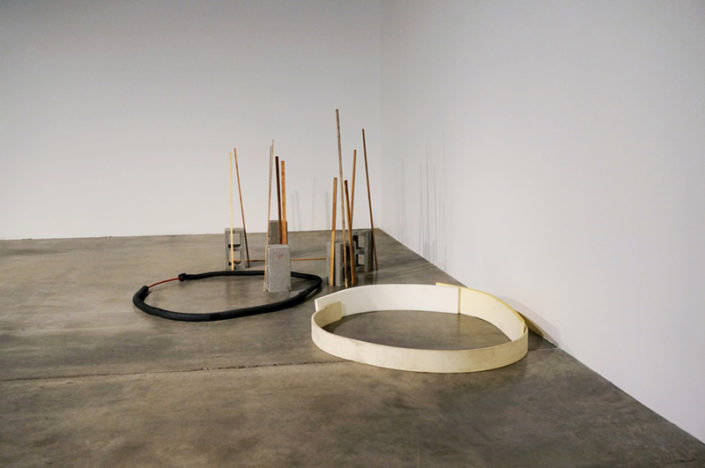 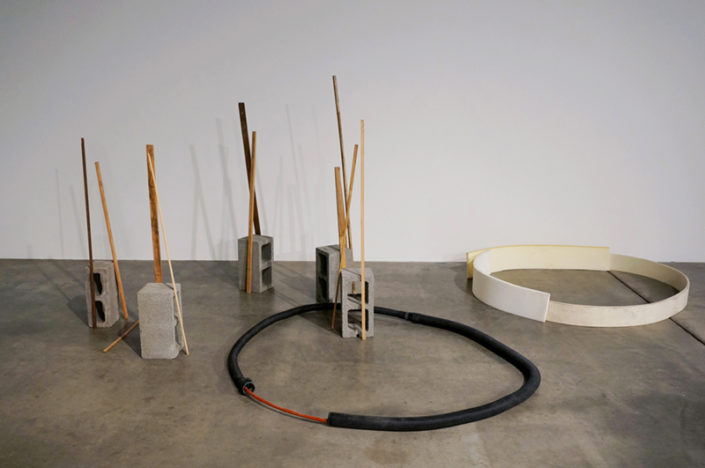 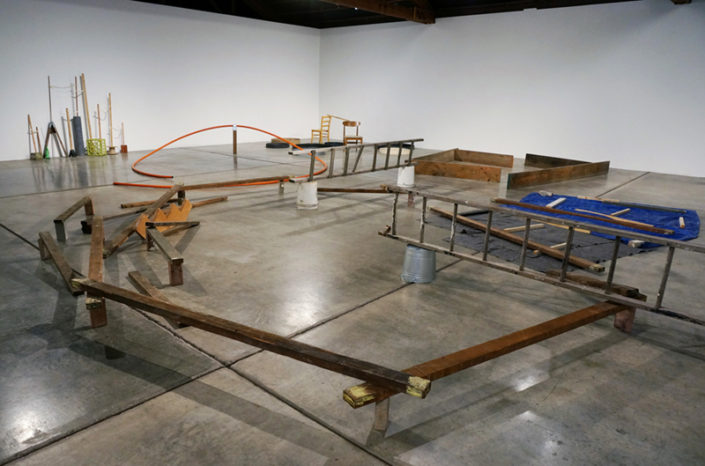 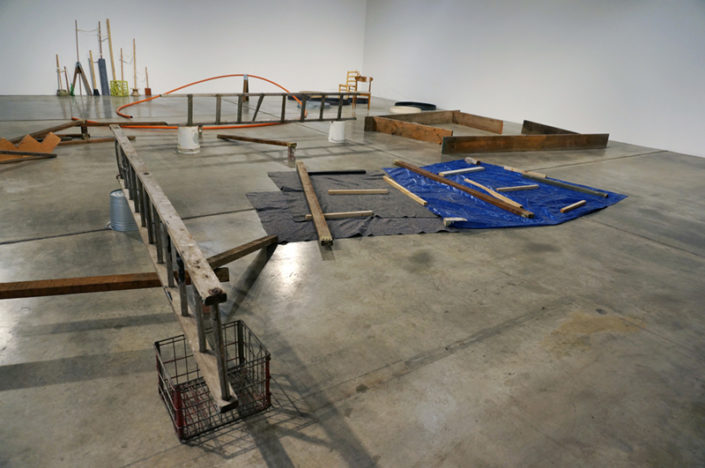 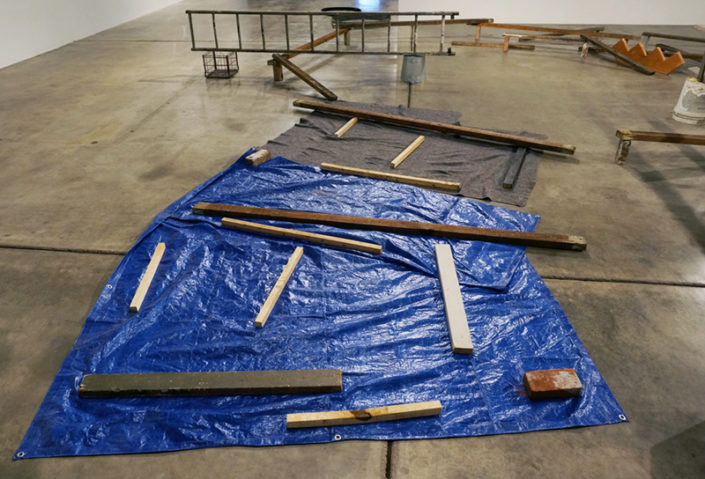 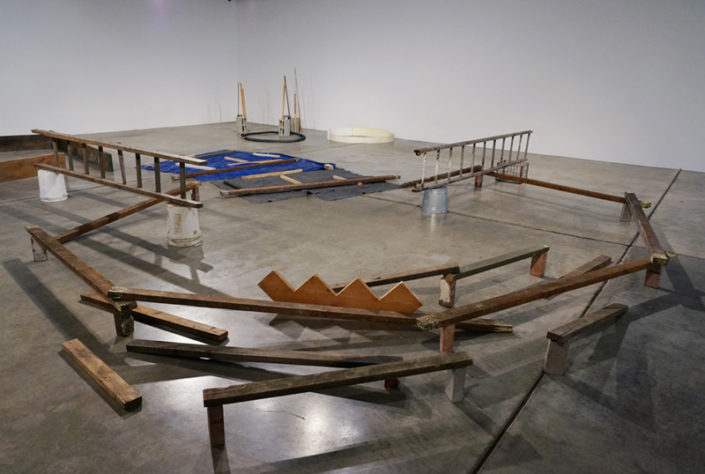 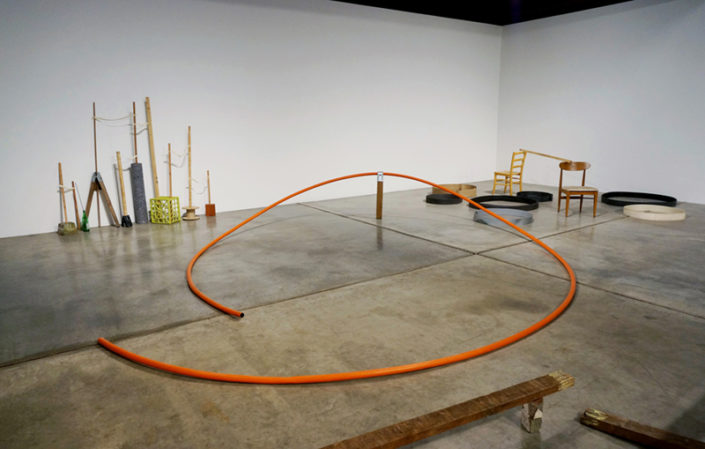 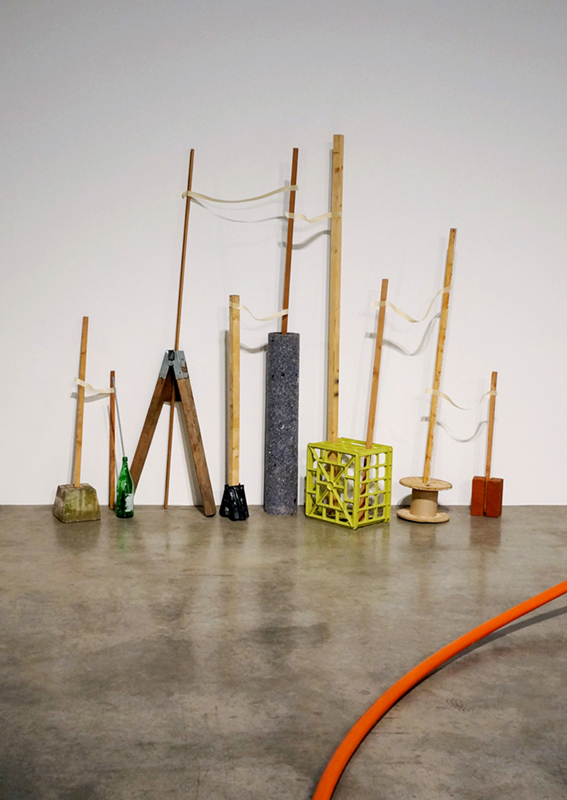 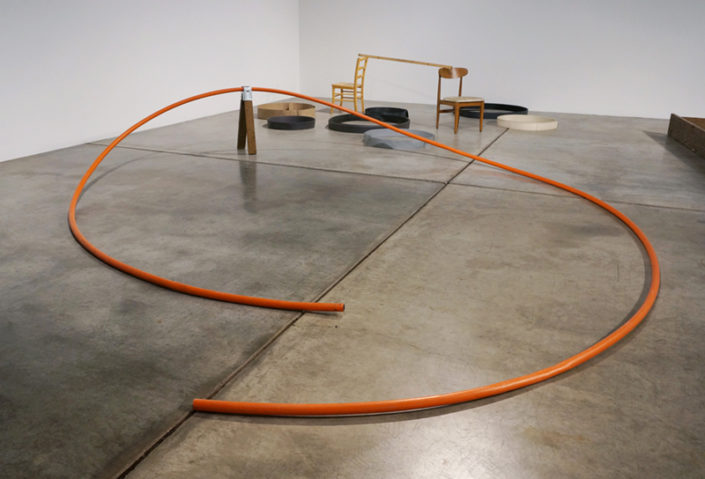 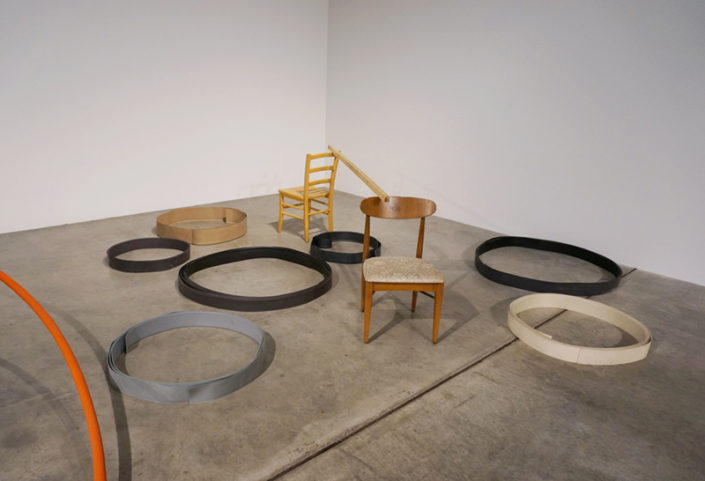 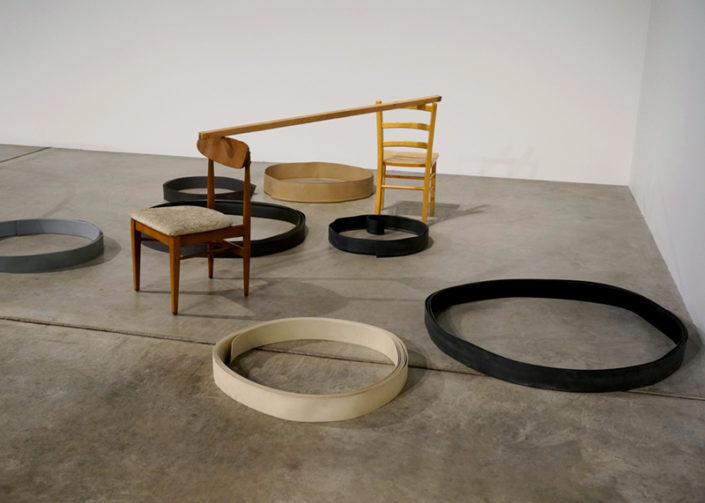 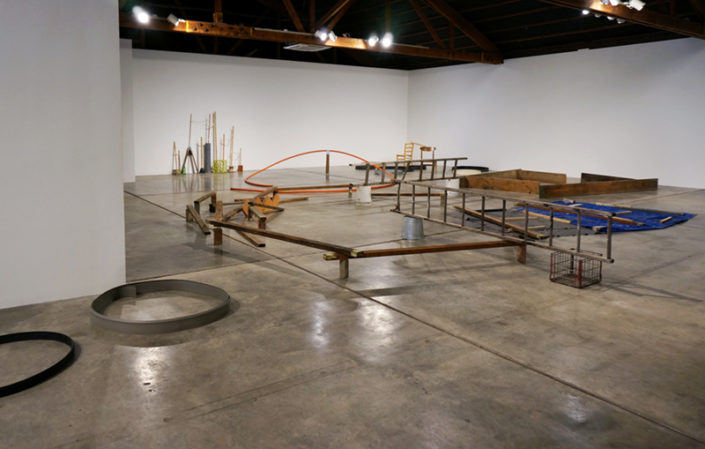 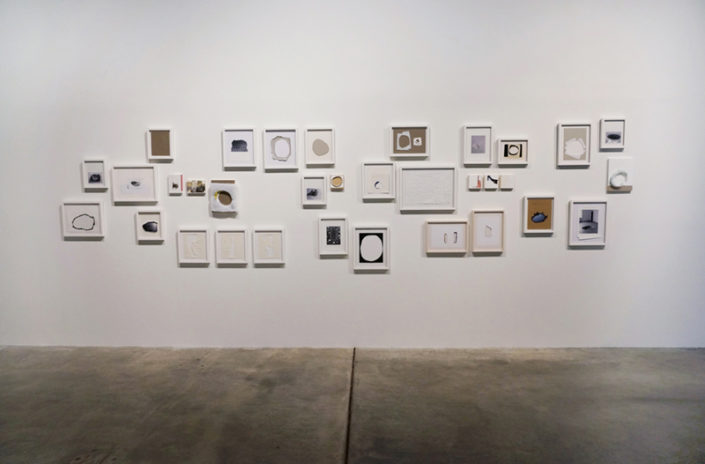 And Other Claims, 2013
Solo exhibition at Disjecta Contemporary Art Center, Portland, OR

And Other Claims uses a set of reclaimed materials and objects to create a series of overlapping fences, haphazardly erected cordons, barriers, and makeshift enclosures meandering through the entire space of Disjecta’s main gallery. The installation partitions and demarcates the sprawling space of this former bowling alley, constructing multiple “temporary territories” within the confines of these provisional, improvised spatial divisions.

Evoking gestures and strategies of cartography, land surveying, zoning and urban planning, the installation teases out a connection between the organization of space and the practices of drawing and choreography. While concretely reconstituting the physical space itself, Horvat’s interventions in the gallery maps out different paths and trajectories through the room, constructing a new set of possibilities (as well as limitations) for moving in and through it. In that sense, the work engages the question of human presence in space, as different barriers, cordons, and maze-like structures erected in the room effectively re-choreograph the movement of visitors through the gallery.

The project represents a continuation of Horvat’s ongoing investigations into the relationship between a human body and the physical context in which we operate. Her projects in different forms and media (sculpture, installation, performance) often start from an encounter with a physical space – a built environment, a room, aspects of landscape – and are driven by the question of how space and the way it’s organized might affect, influence, and even determine our behavior and movement in it.

And Other Claims sits alongside a new body of works on paper titled Excavations.