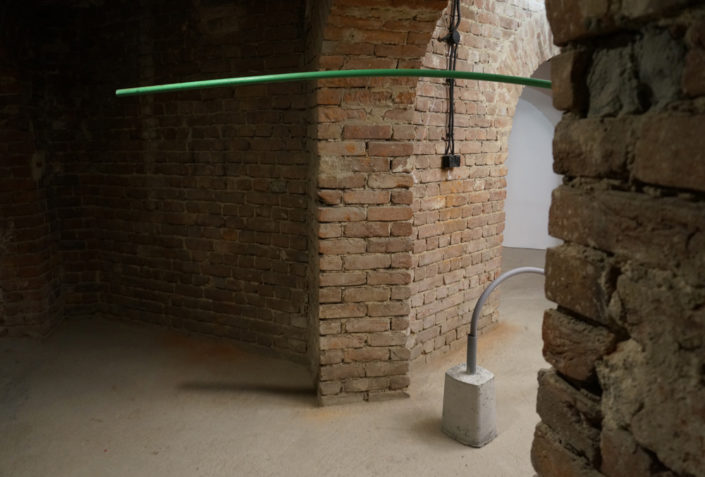 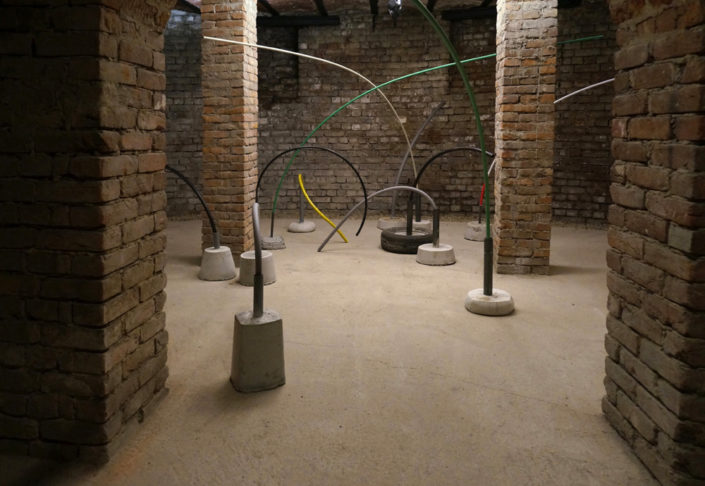 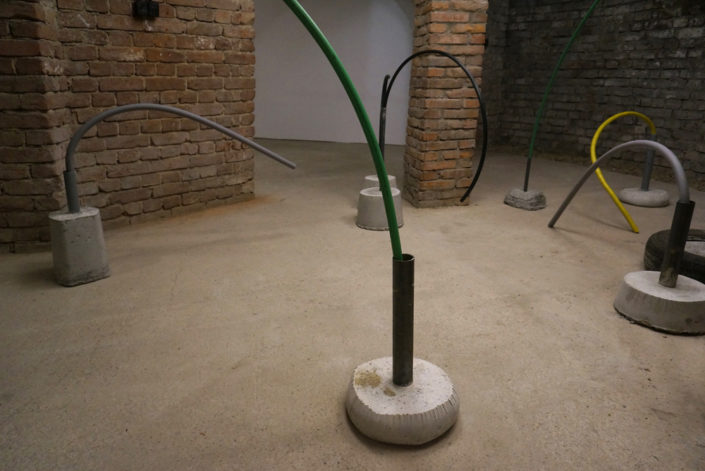 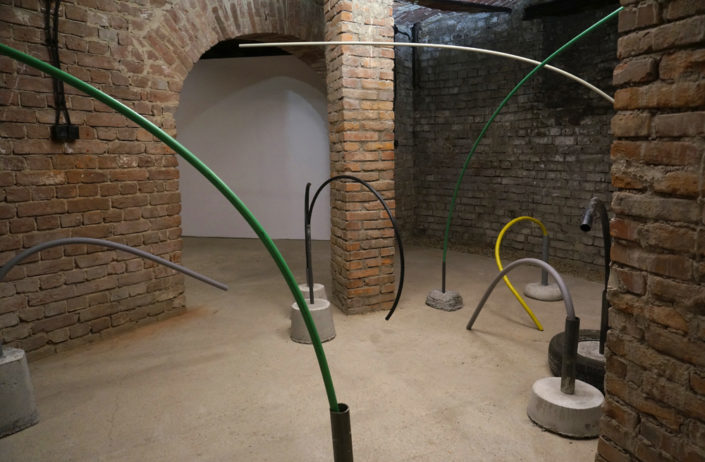 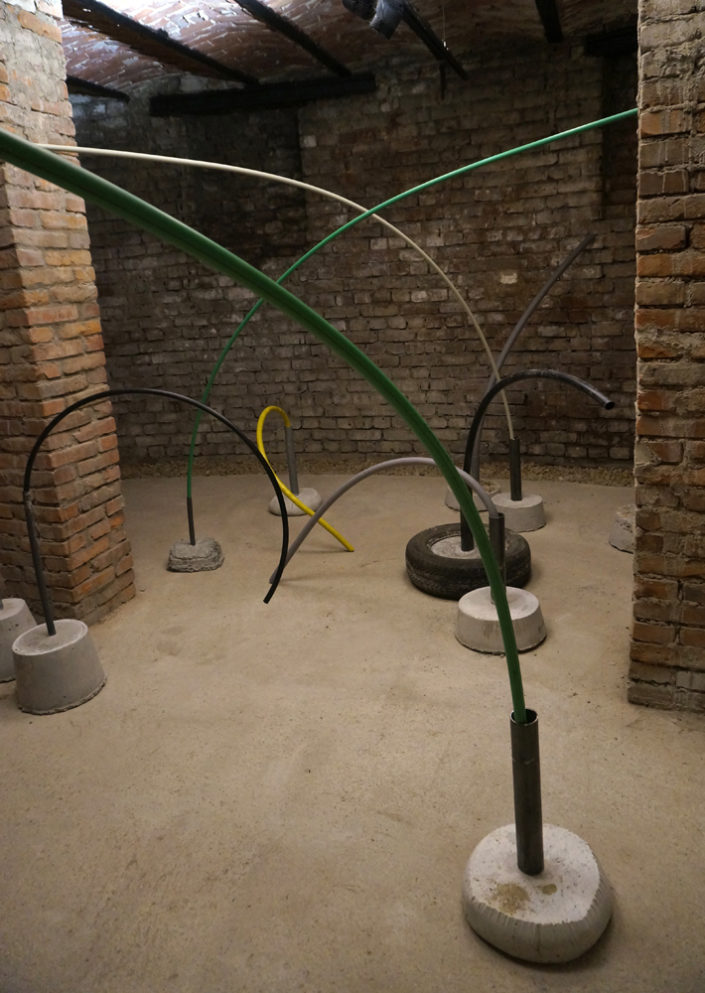 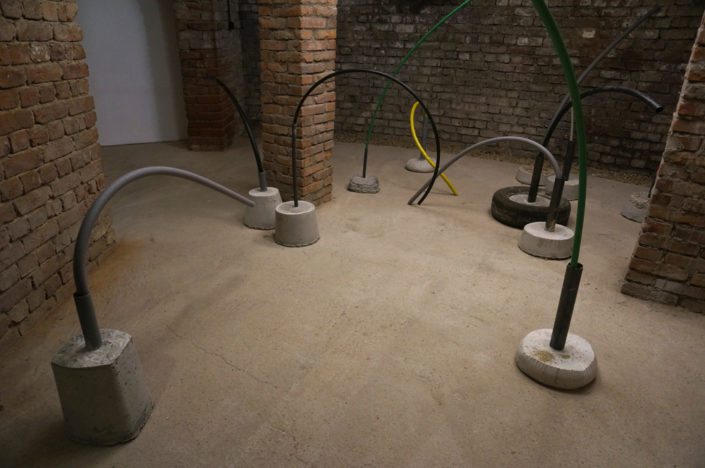 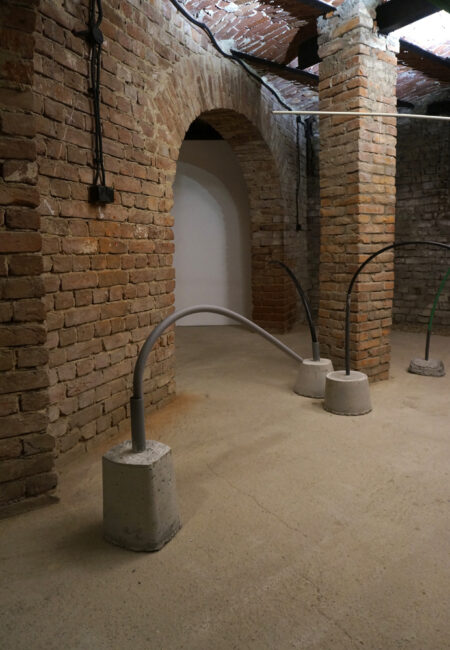 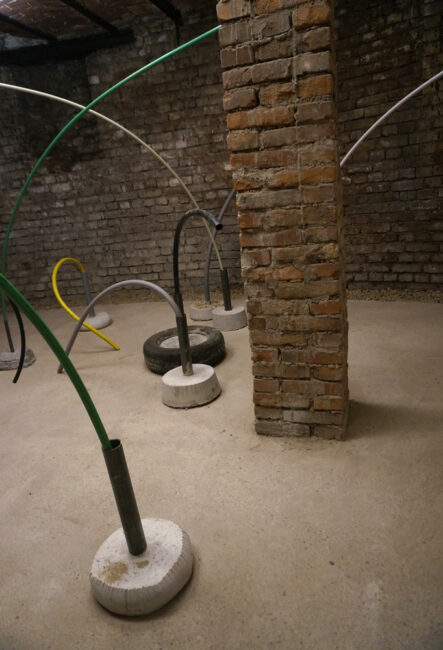 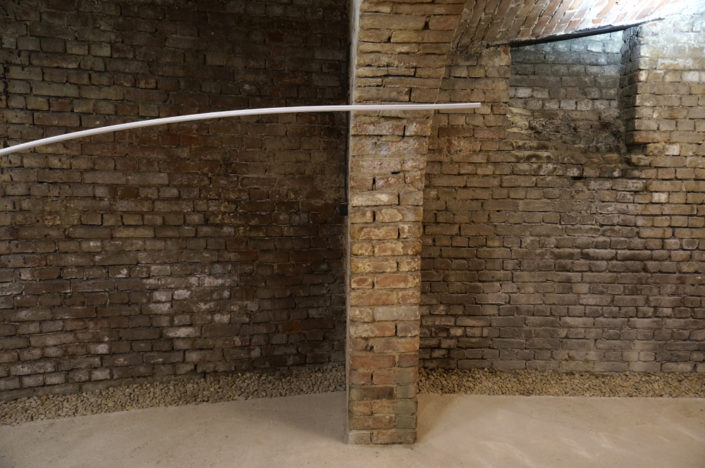 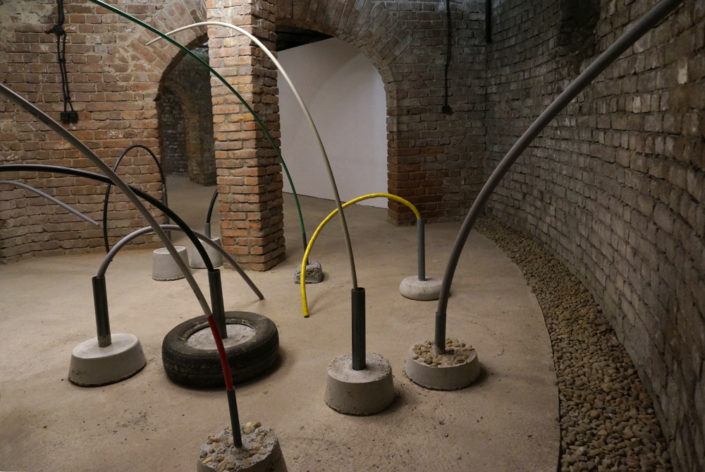 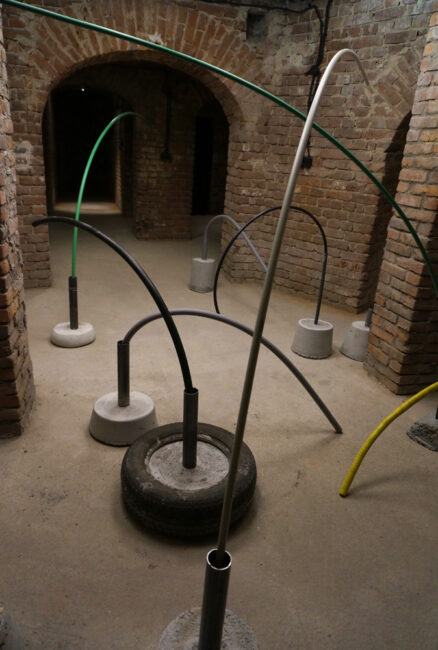 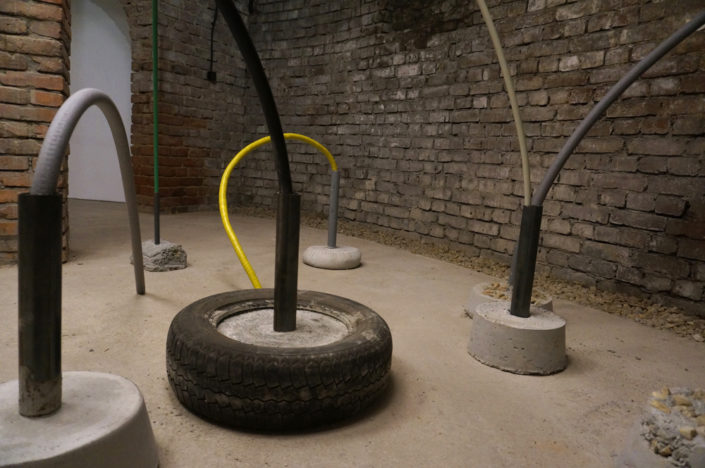 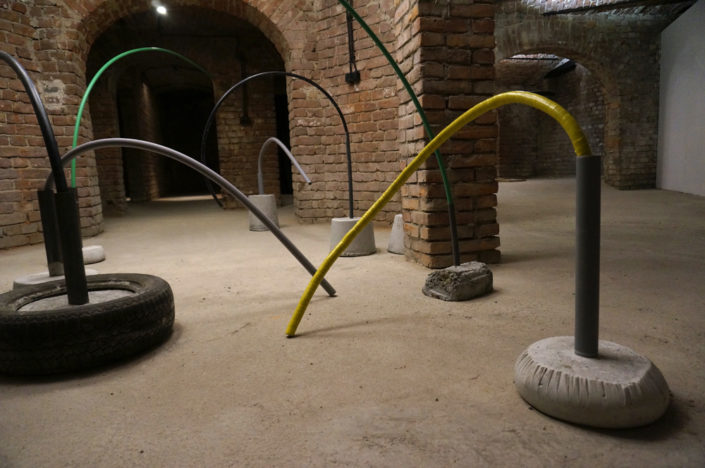 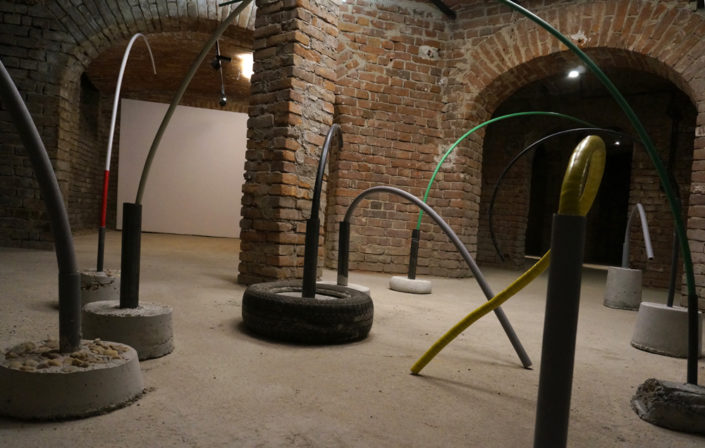 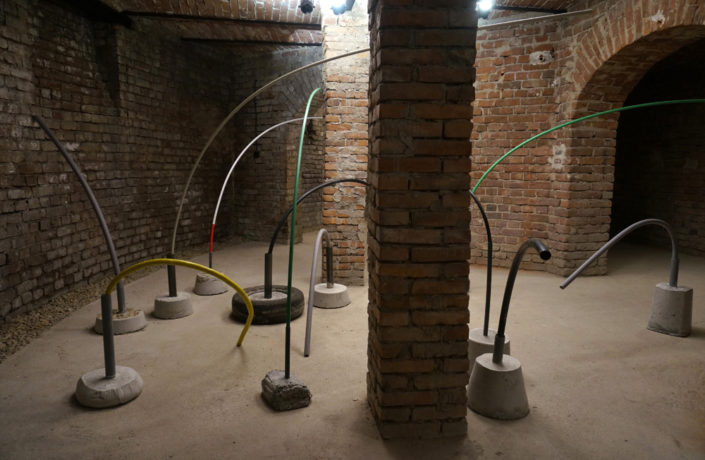 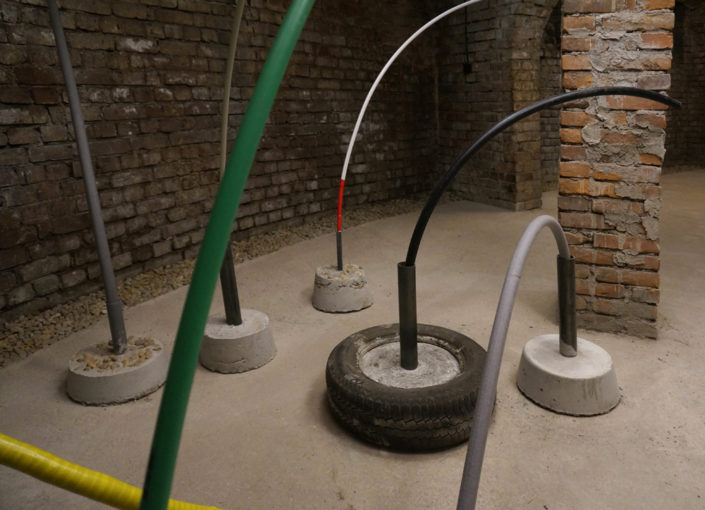 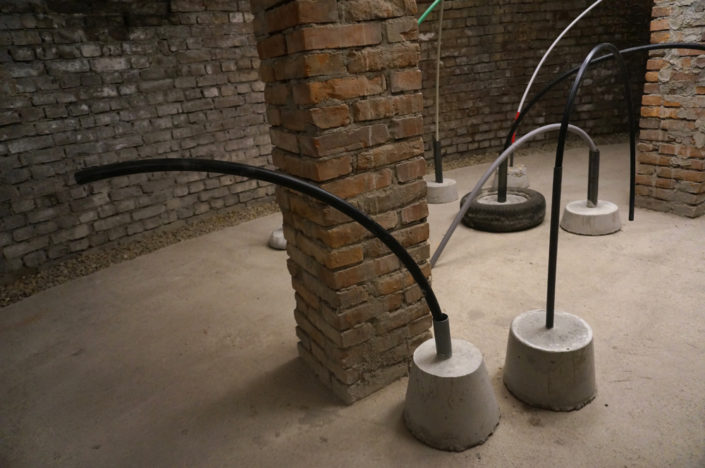 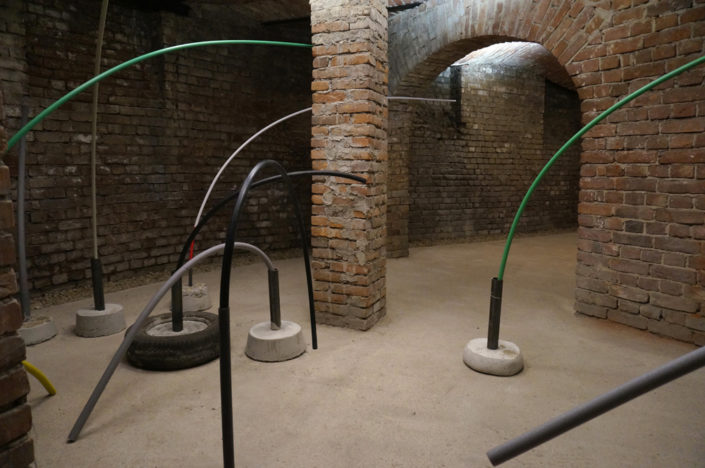 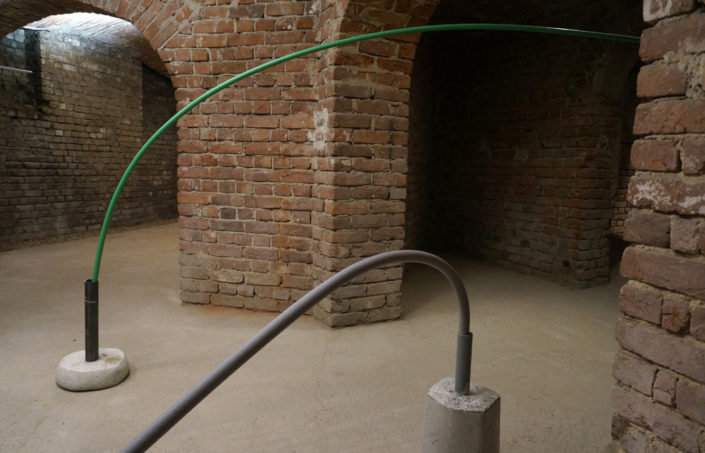 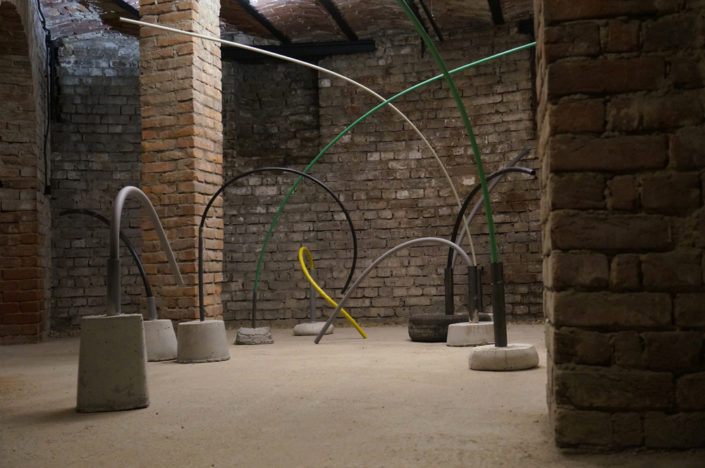 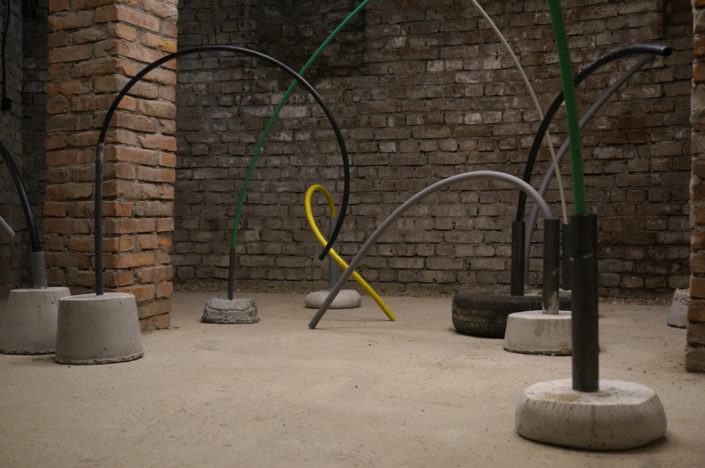 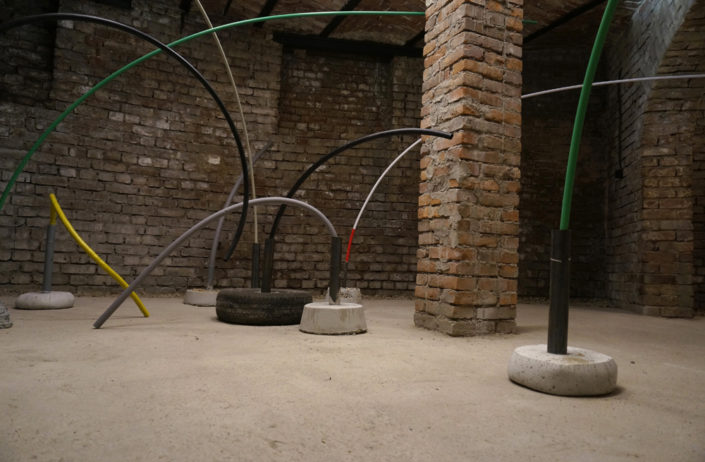 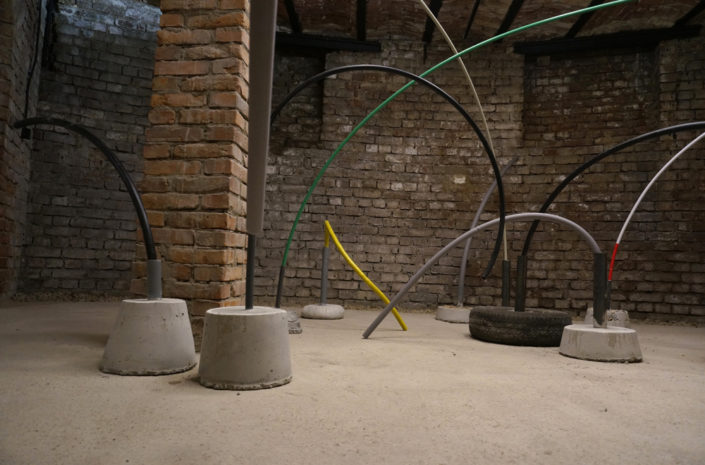 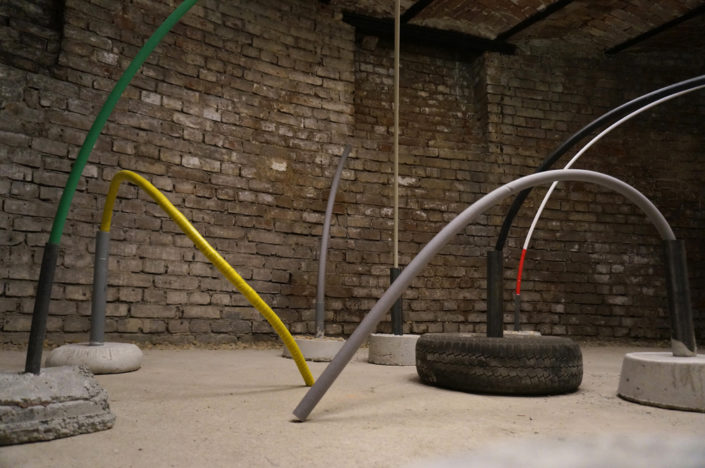 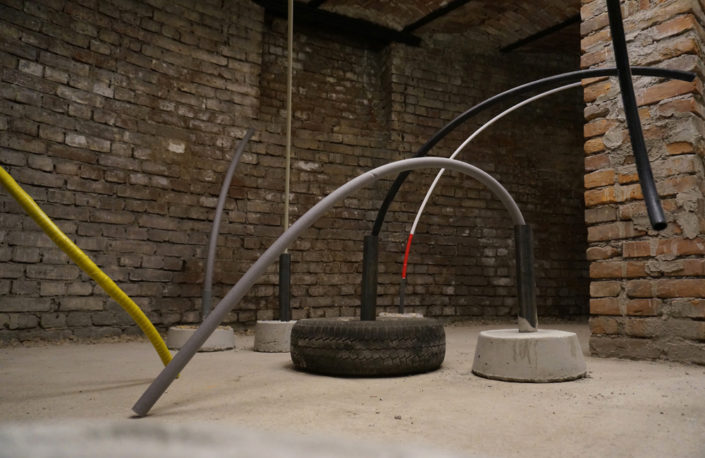 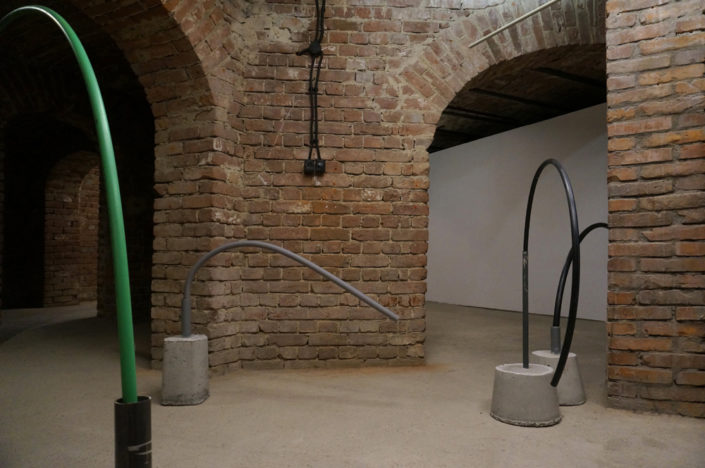 Bent Double comprises an unruly constellation of hybrid forms for the labyrinthine chambers of the Eastwards Prospectus gallery’s basement, referencing dominant architectural elements found in the basement, namely pillars and arches. Made on site, these makeshift forms mirror particular features of the space they occupy, but do so with an element of both failure and playful mischief.

The installation works and reworks structures of support – elements of architectural space and of objects that are intended to hold up other structures, bodies, spaces, and that facilitate movement and journeying from one space to the next. Made using using decidedly inadequate, cheap materials such as PVC pipes, foam strips and pieces of found objects combined with concrete forms, Bent Double constructions raise a question about the solidity and permanence of various structures of support, approaching them as something temporary, provisional and precarious.