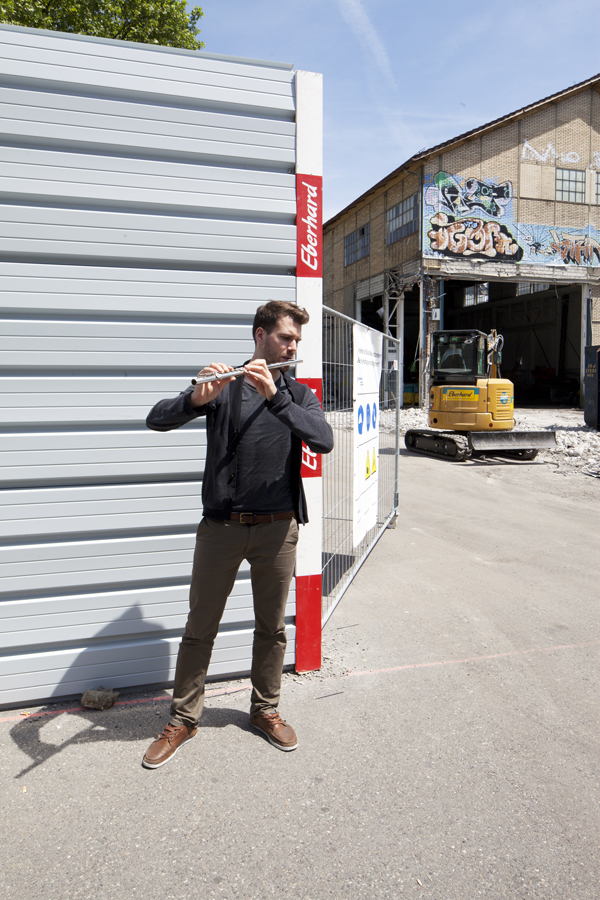 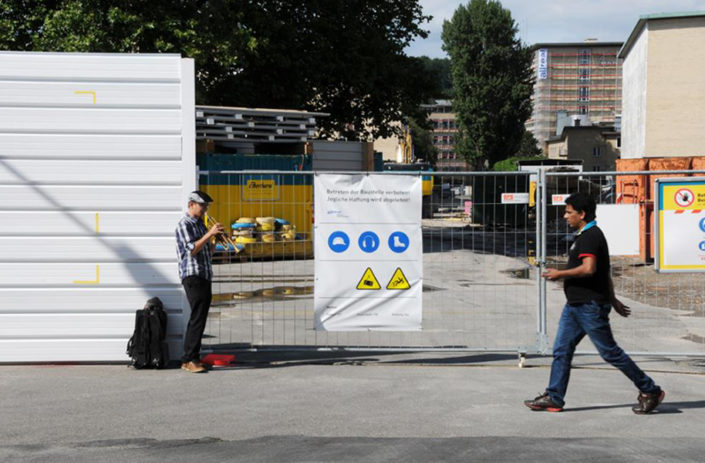 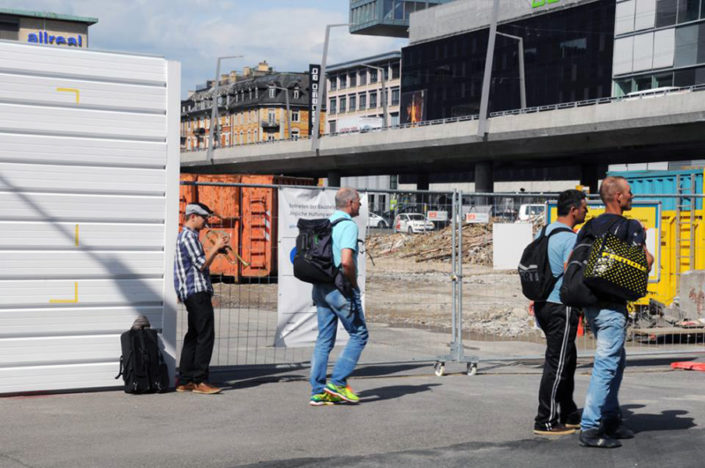 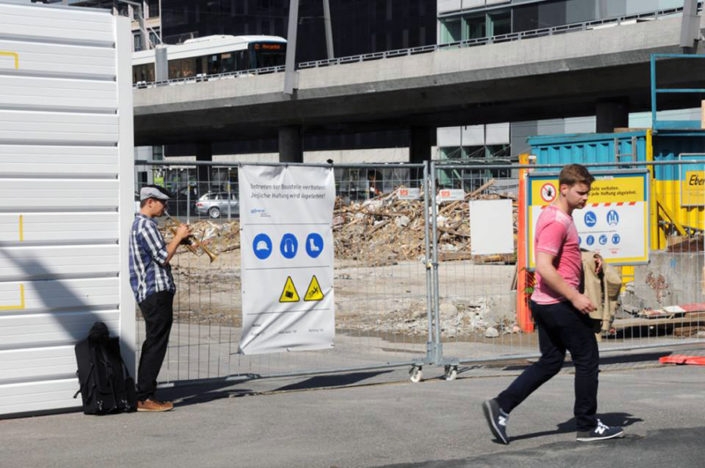 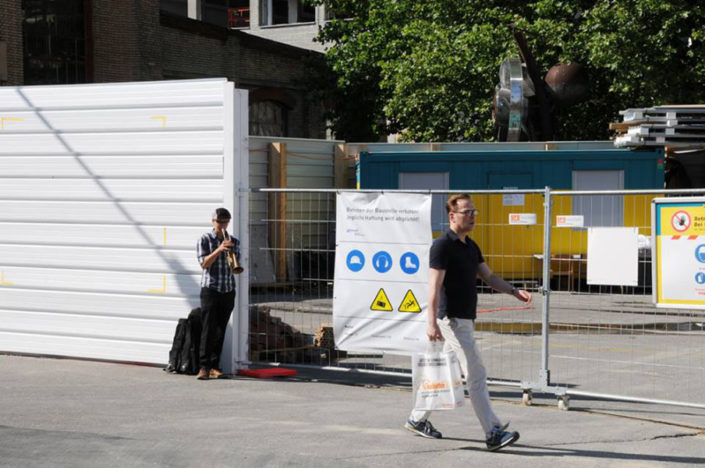 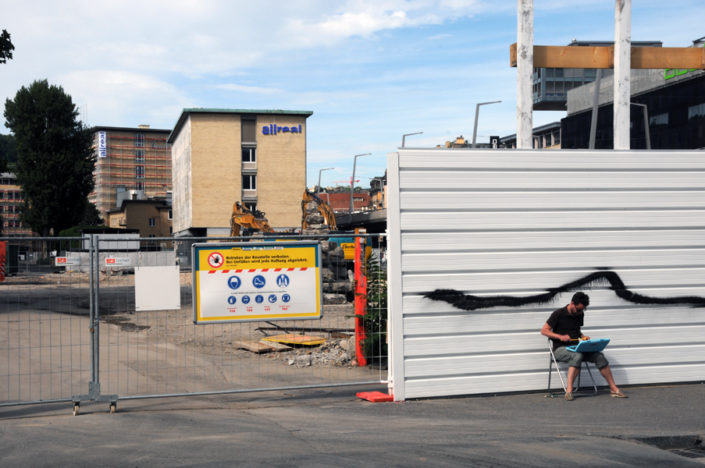 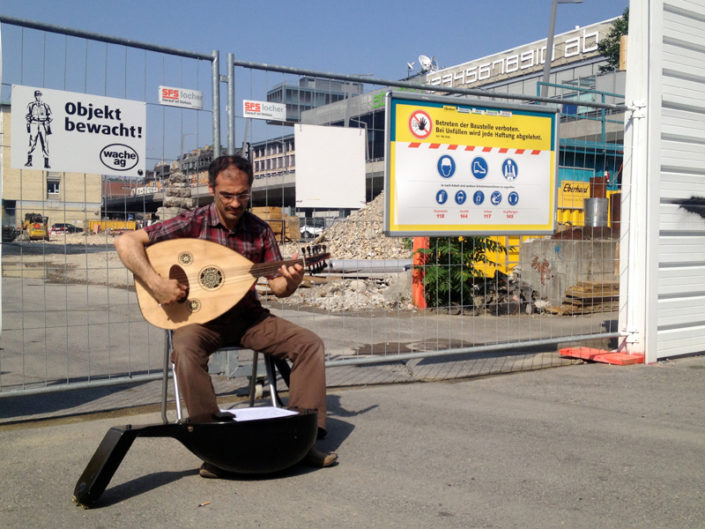 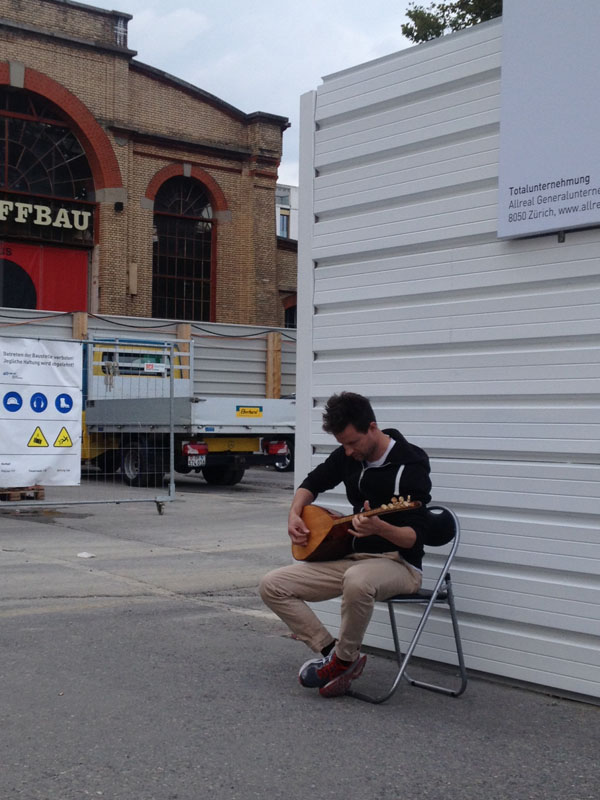 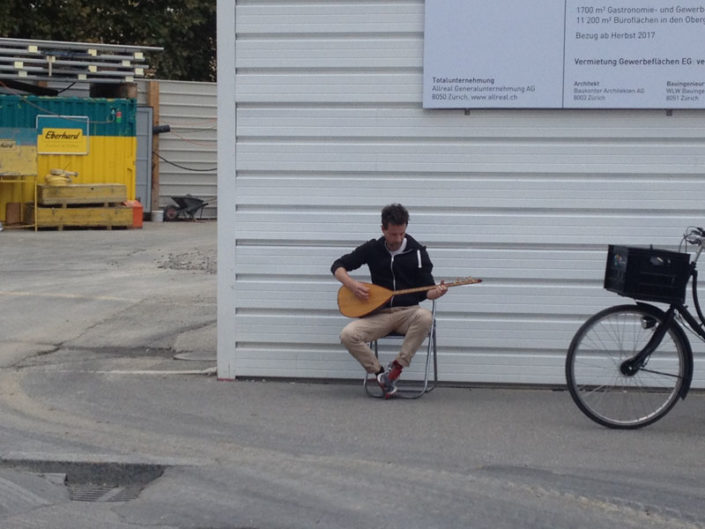 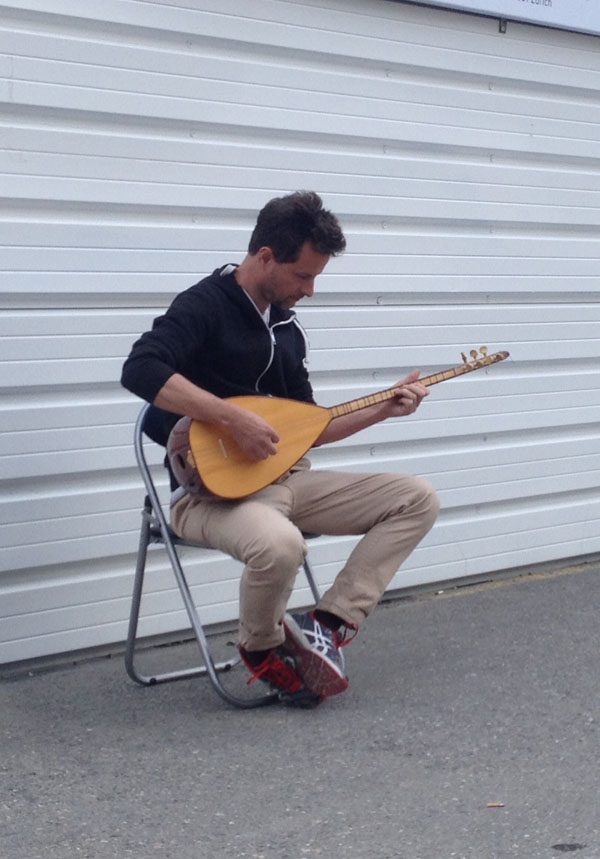 Don’t Stop, 2015
3-month-long performance for Art in Public Space program of the City of Zurich

Don’t Stop is a durational public site performance for Art Altstetten Albisrieden: Art in Public Space program of the City of Zurich, realised with the participation of musicians from the Zurich University of the Arts (ZHdK).

The project is staged on Schiffbauplatz, on the site of one of the largest construction sites in the area. Over the course of three months, every Monday morning at 8am and every Friday at 5pm – marking the start and the end of the work week – a lone musician plays a concert at the entrance to the construction site, as construction workers are working in the background and the city workers are on the way to, or from, their office jobs in the area. The musicians, each playing their own instrument – a trumpet, a violin, a trombone, a guitar, a flute, a clarinet, a saxophone – play without amplification, against the noise of rush-hour traffic and the banging of the construction site.

All the musicians play only one song – always the same song – repeatedly on a loop. The song is the instrumental interpretation of the blues band Fleetwood Mac’s “Don’t Stop” (“Don’t stop thinking about tomorrow / Yesterday’s gone, yesterday’s gone”). By “insisting” on a single song repeatedly, the piece reflects on the passing of time, and on the promise and hope – as well as uncertainty – about the future, whilst referencing the automatic repetition that characterises much of the work and labour that goes on around it. Staged in the setting keenly focused on production – and productivity – this repeated, decidedly non-productive and foolhardy gesture sits here out of place. Inserted into a rushed, aurally violent and inhospitable environment, these understated music interludes become articulated as poetic acts, as small acts of resistance – persisting quietly in the shadow of these grandiose gestures of building and re-building.