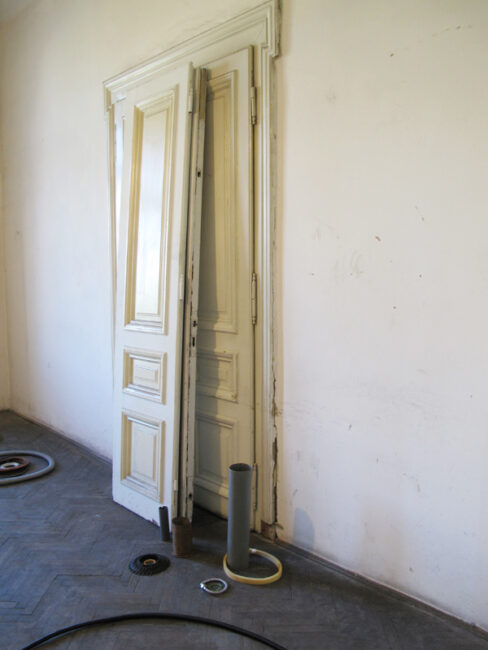 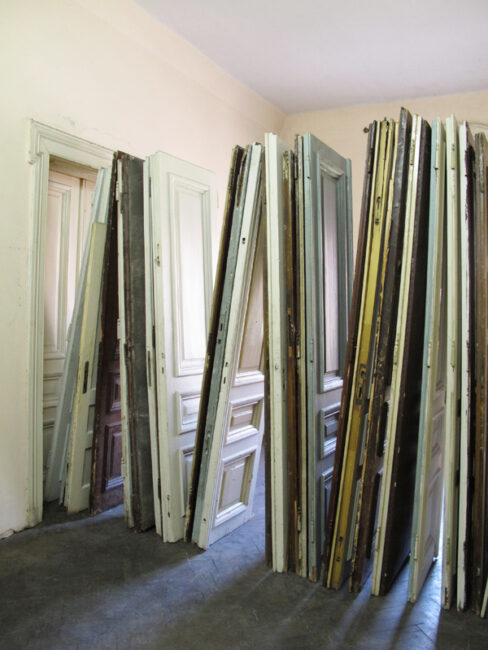 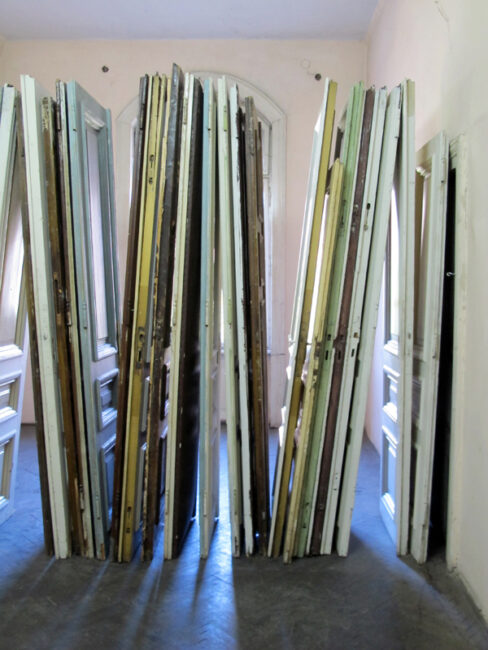 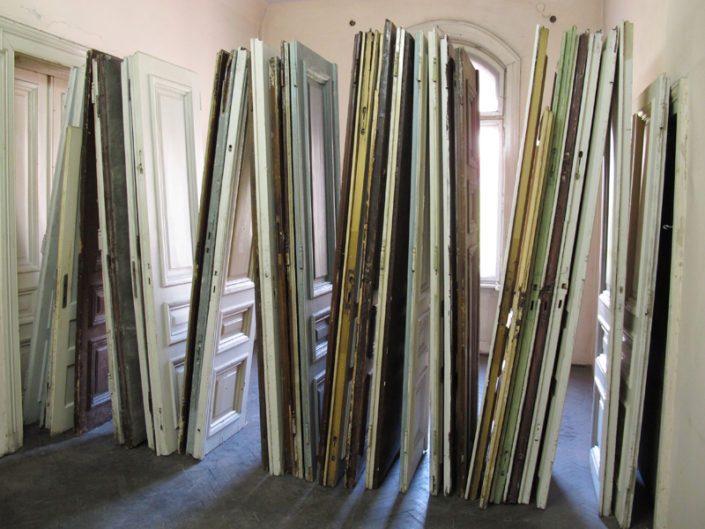 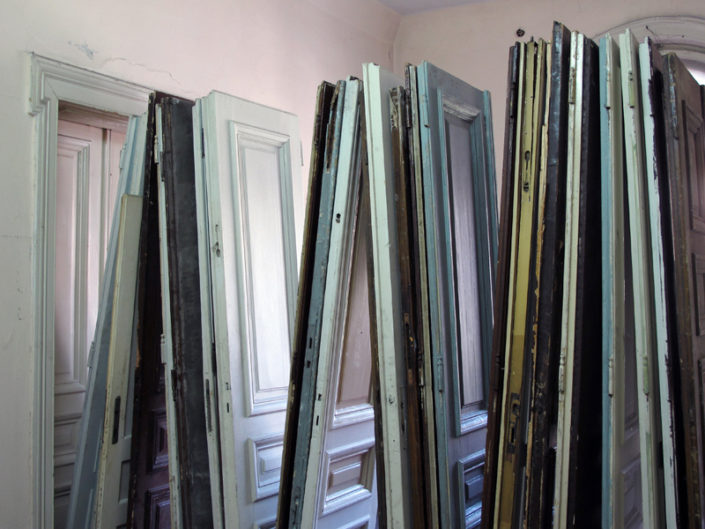 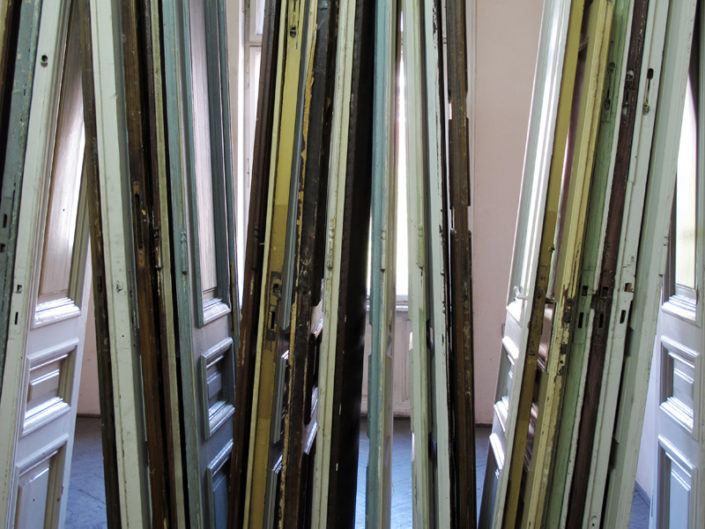 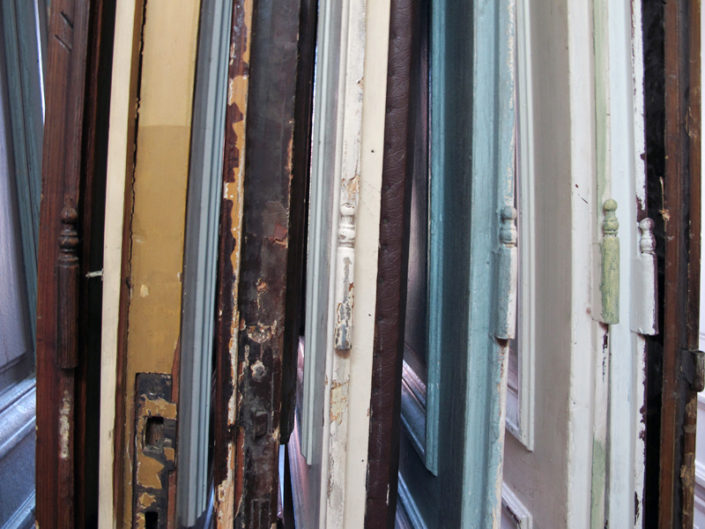 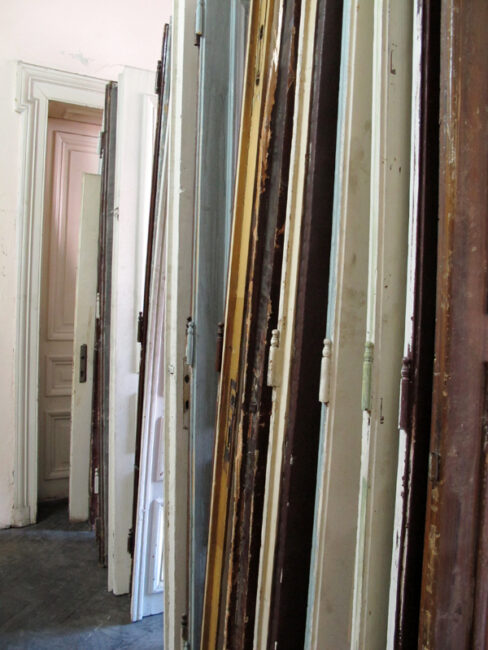 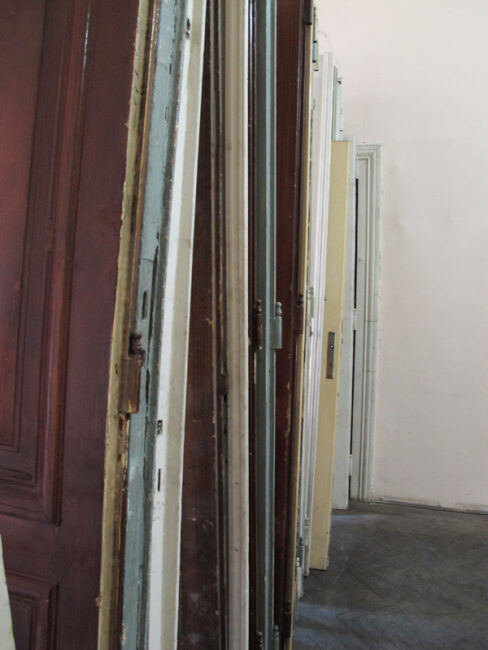 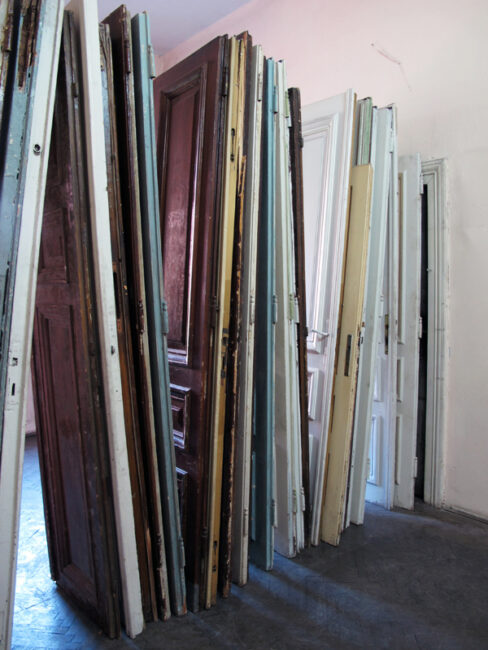 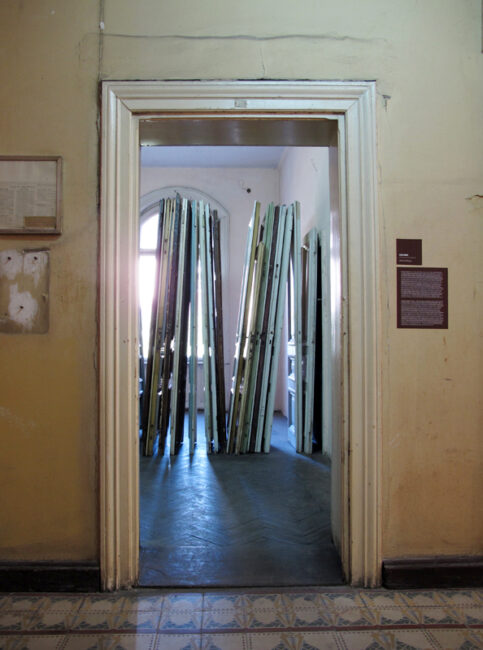 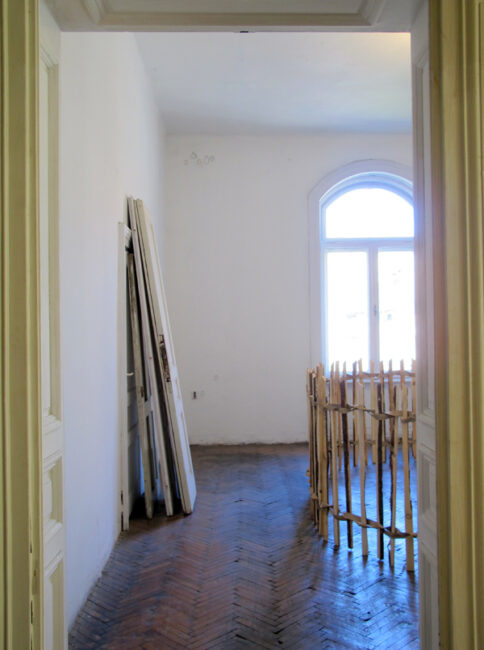 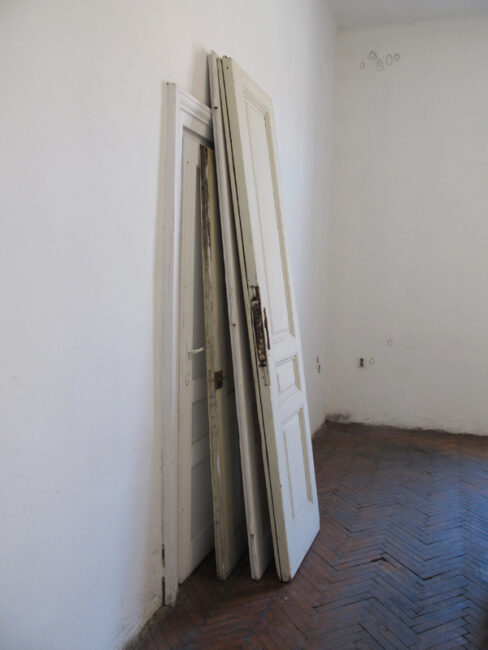 A tightly packed line of doors – which have been removed from various rooms inside the Geozavod building – span across the room, from a door on the left-hand side wall to a door on the right-hand side wall. Pushed against one another, the displaced objects connect together two ends of the room, as well as functioning as a through line, a string of sorts connecting together two additional rooms on either side of this middle room. In the two adjacent rooms, additional doors are leaning against the fixed doors, as though denying the existence of walls dividing space into rooms. On the one hand, Door to Door speaks literally about the spatial situation constructed, describing in a concrete sense the intervention and the object relations operating in the room. On the other hand, the doors installed in this way become humanized, suggesting lines of bodies queing one behind the other, waiting in front of doors (presumably for access), or being locked out, or left behind, closed doors. Exploiting a certain absurdity of employing an object which is normally associated with regulating access and entrance, as a thing wanting access and entrance, the work explores the dynamics of mobility and stuckness, collapsing the usual utility and function of the door as an object regulating passage. Released from their hinges and granted provisional mobility by being relocated from their usual location in whichever doorway they used to inhabit, doors – as employed in this work – are transformed into an unmoveable barricade, a wall-like obstruction preventing passage and entrance into the room.