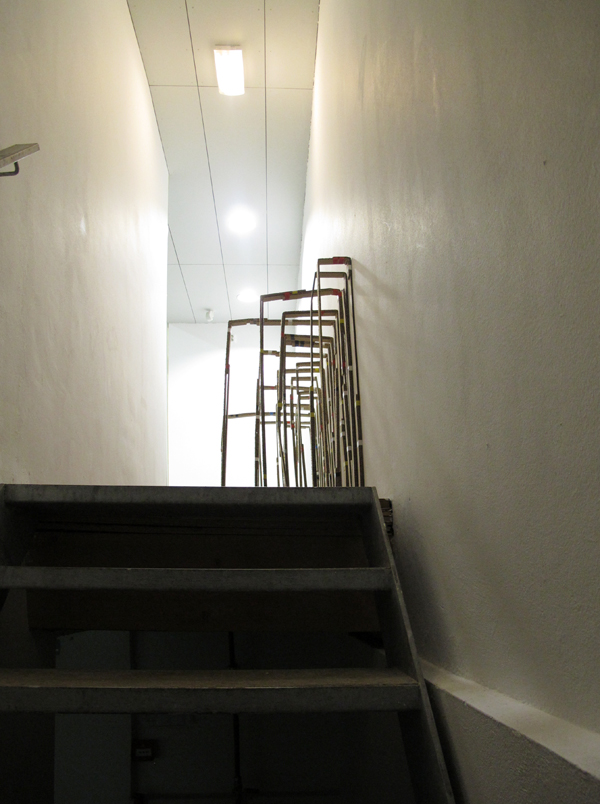 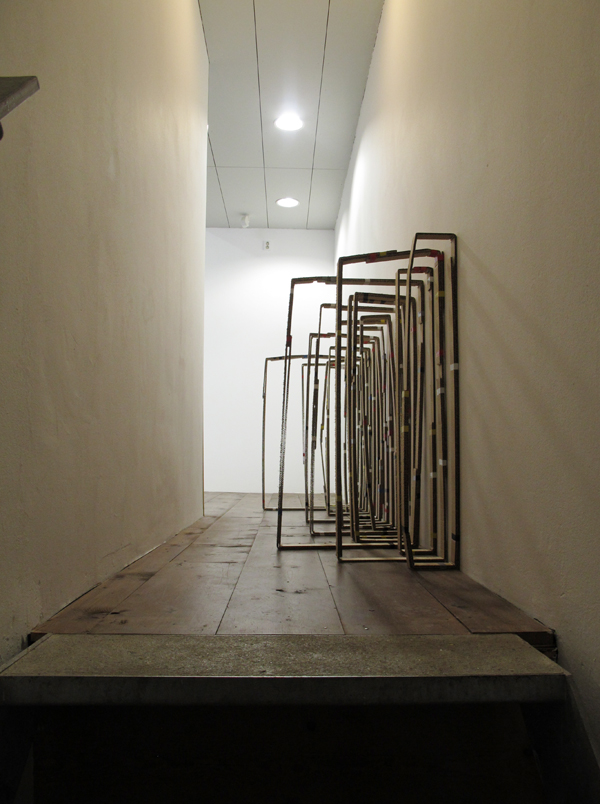 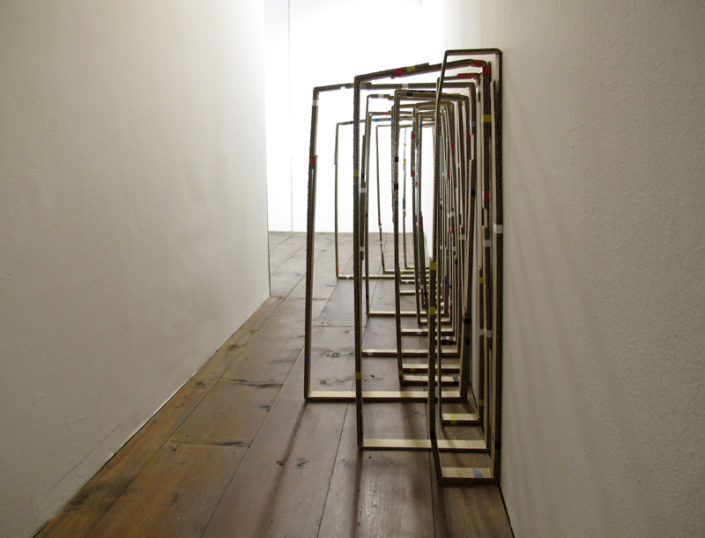 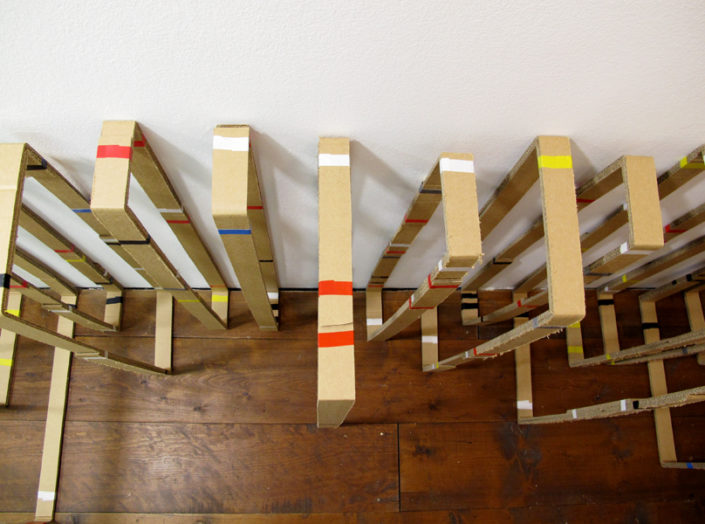 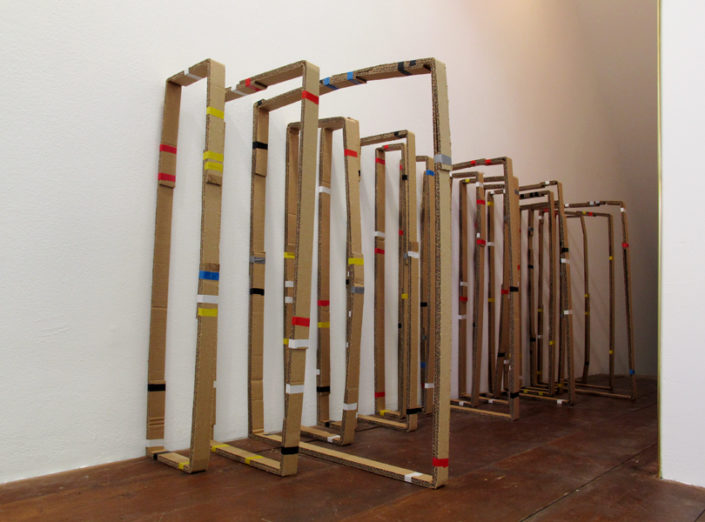 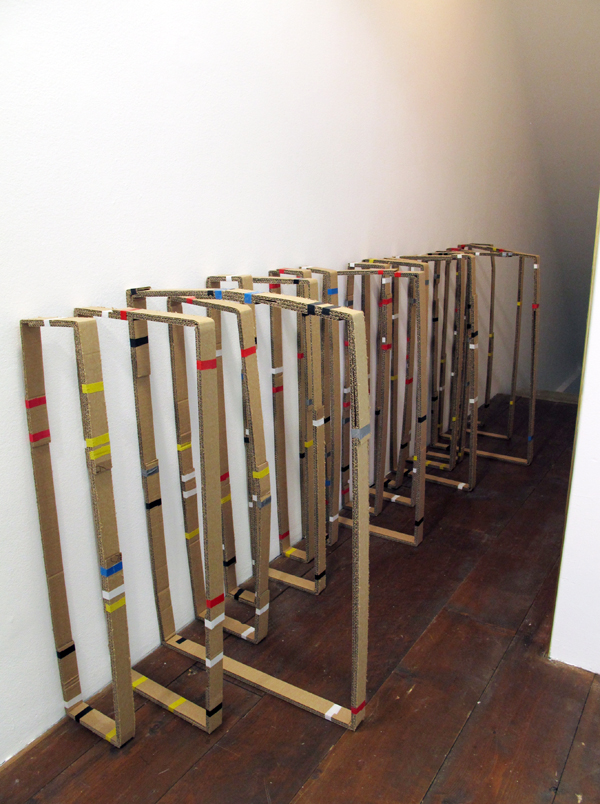 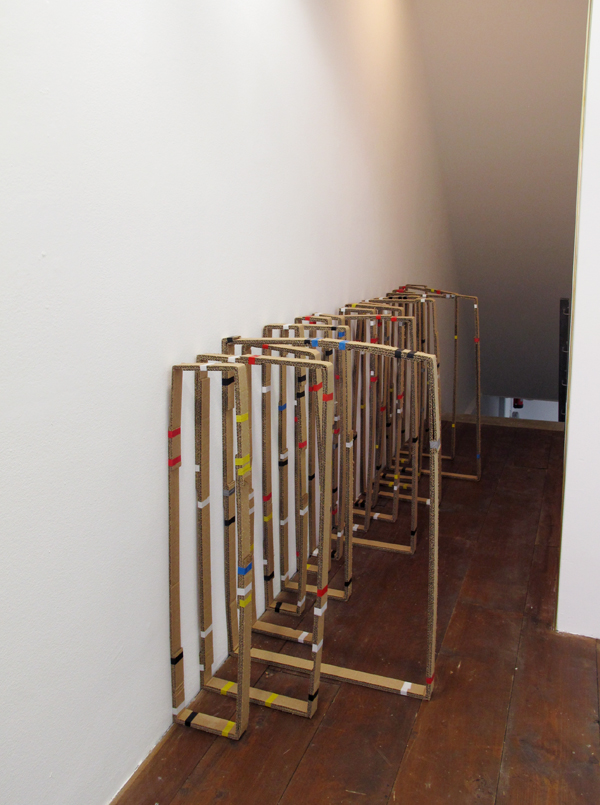 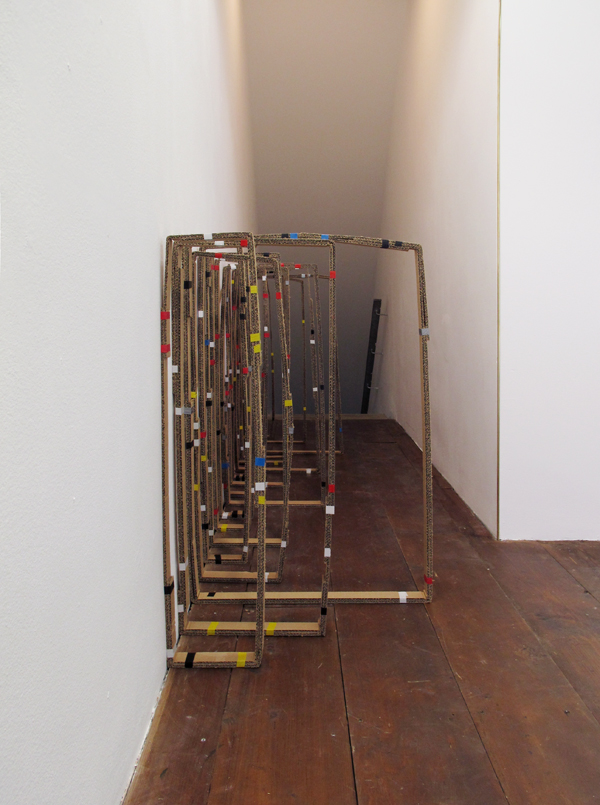 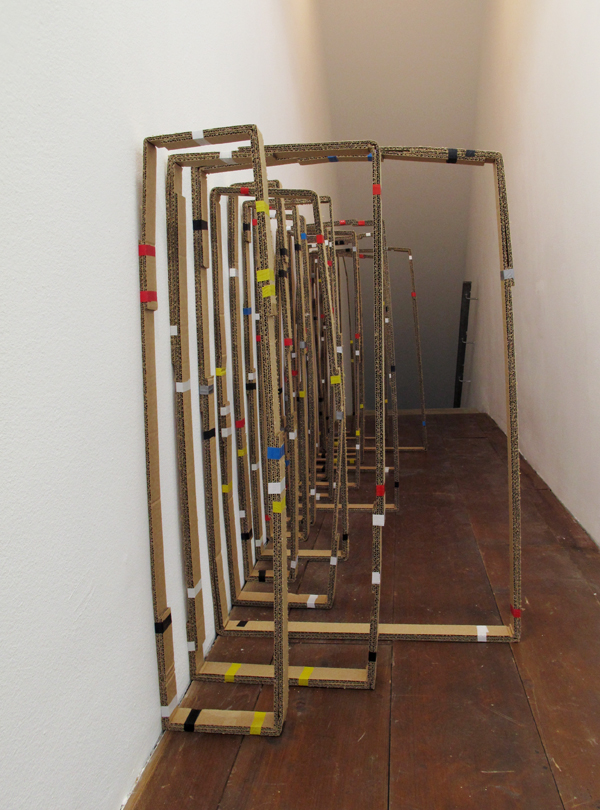 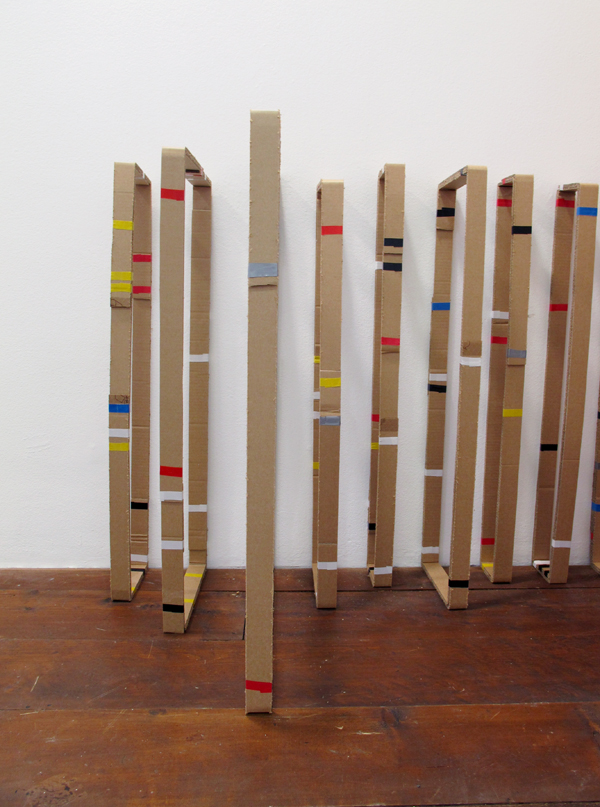 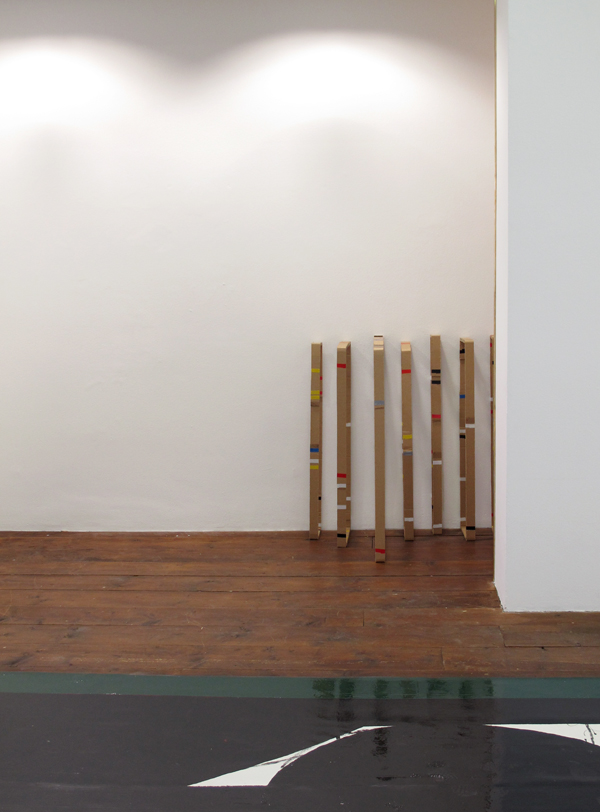 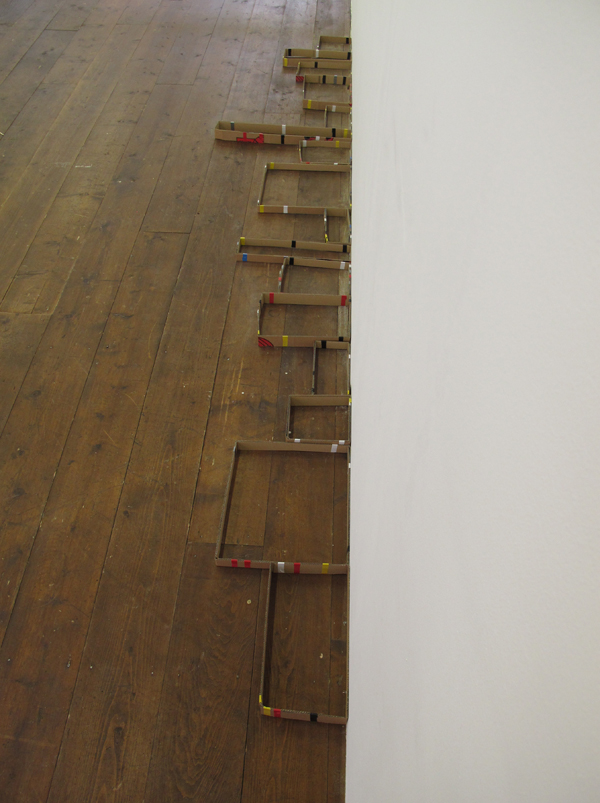 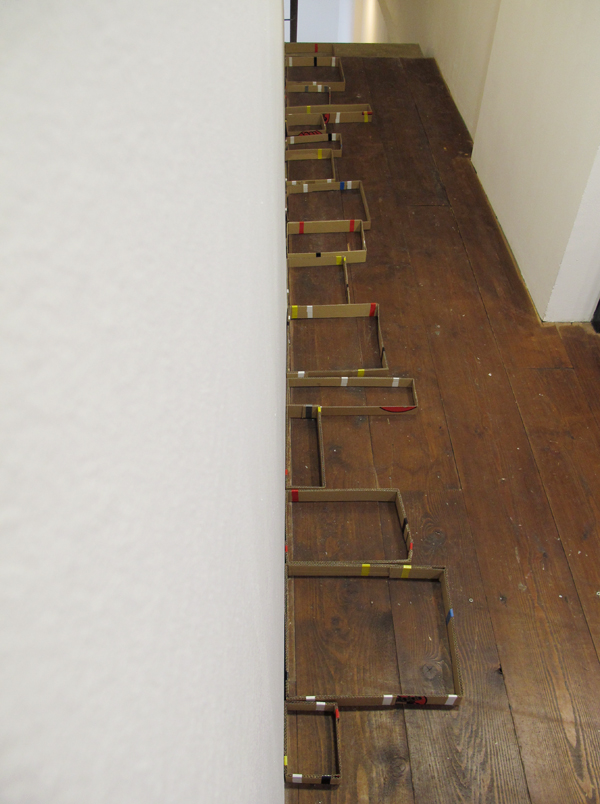 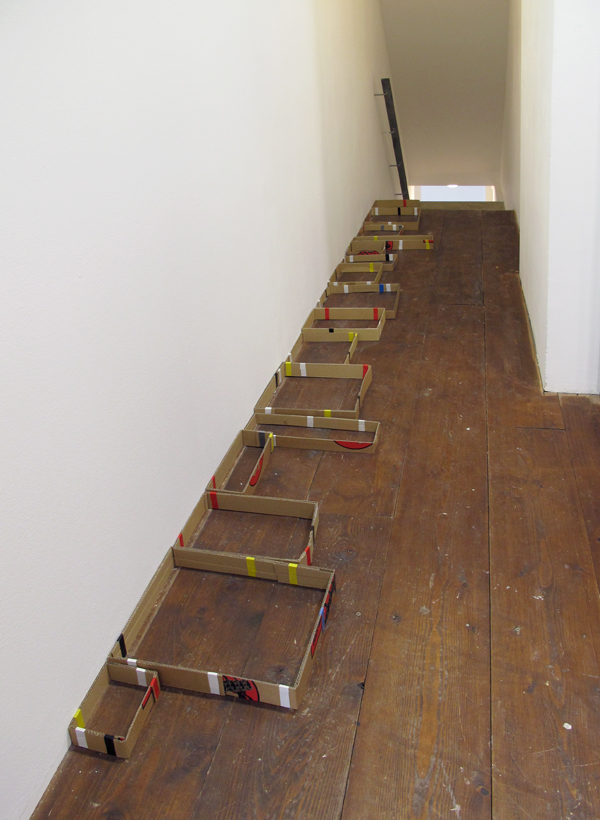 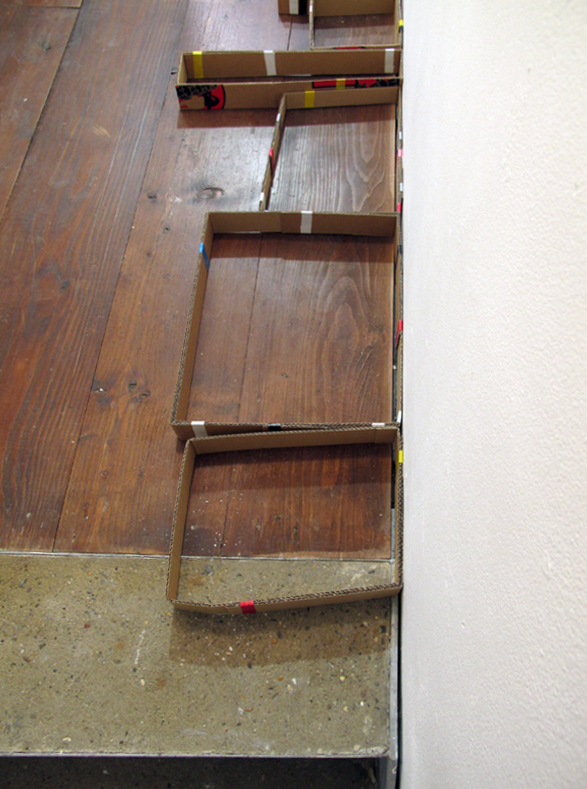 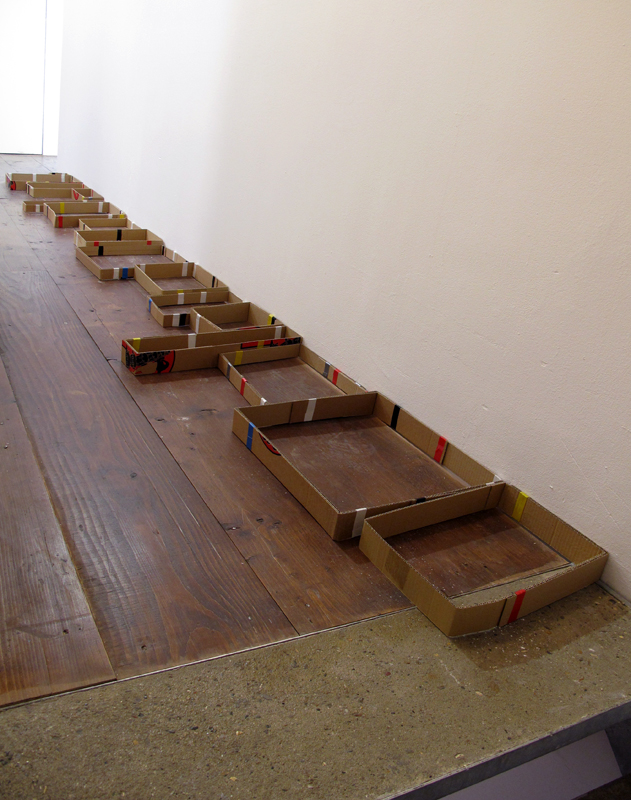 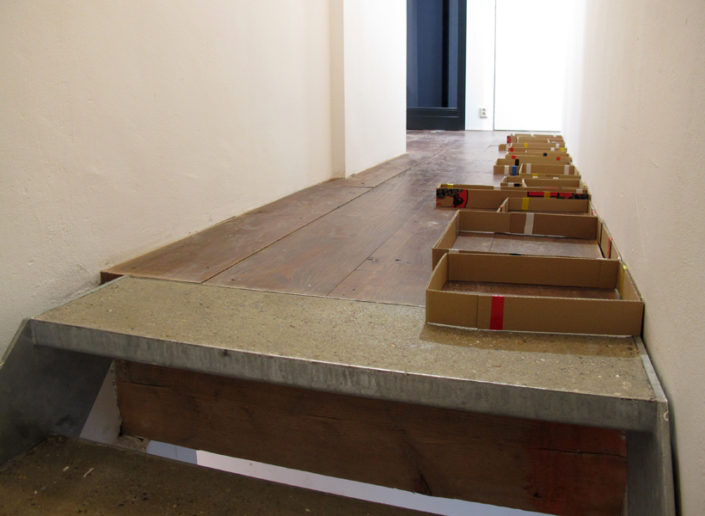 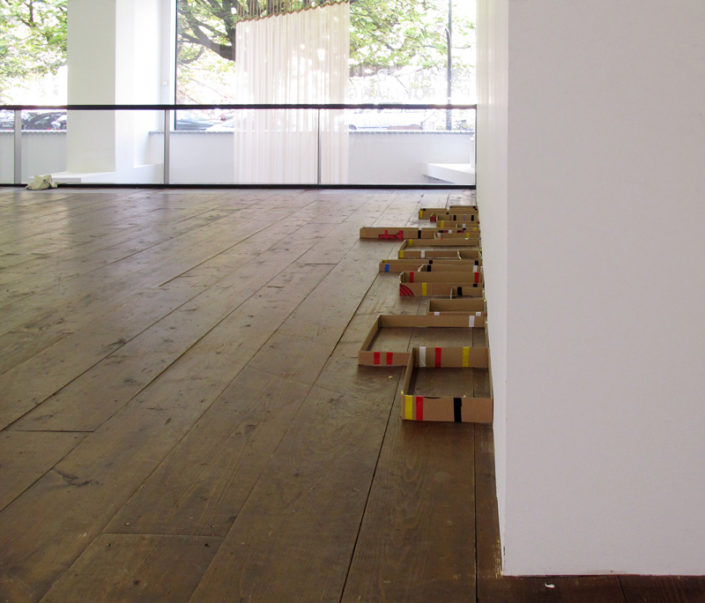 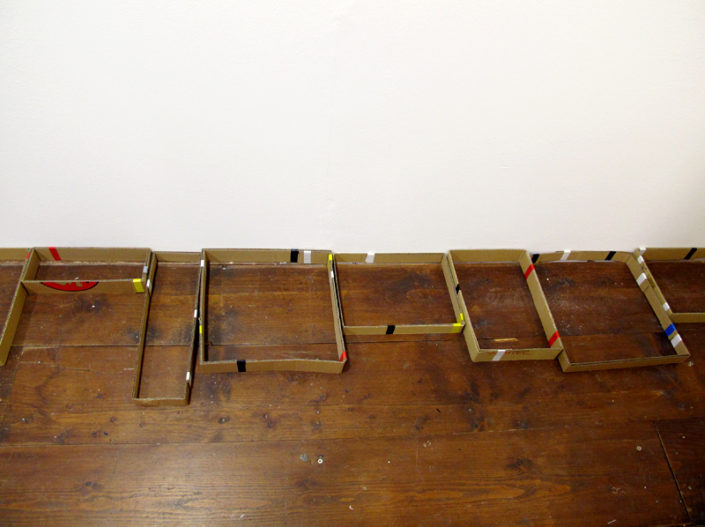 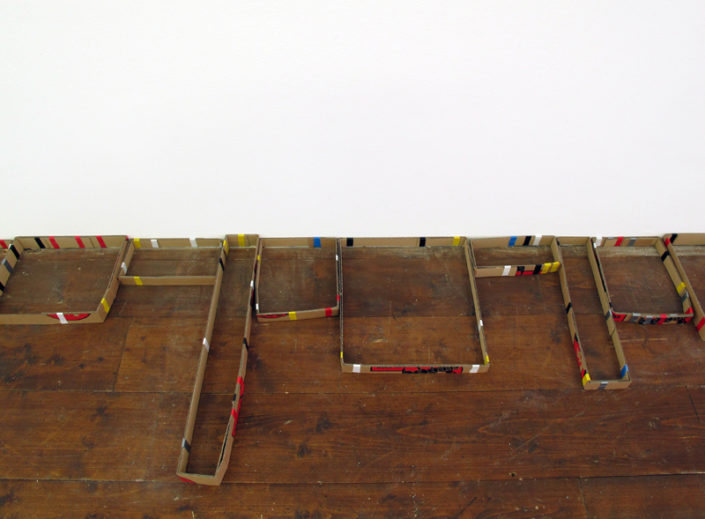 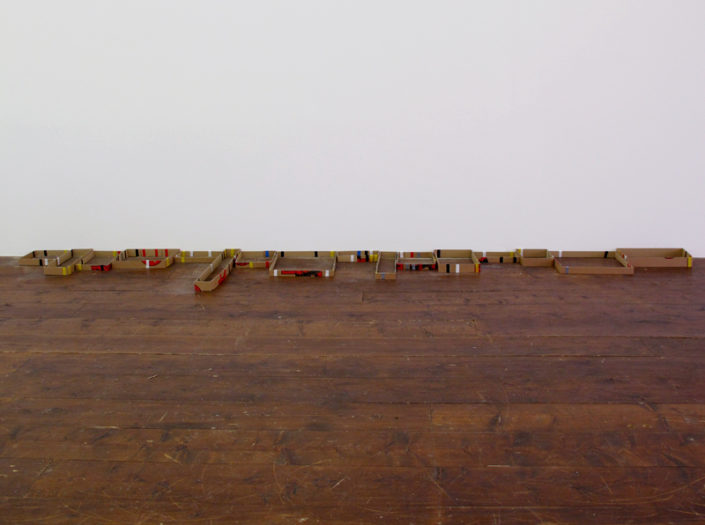 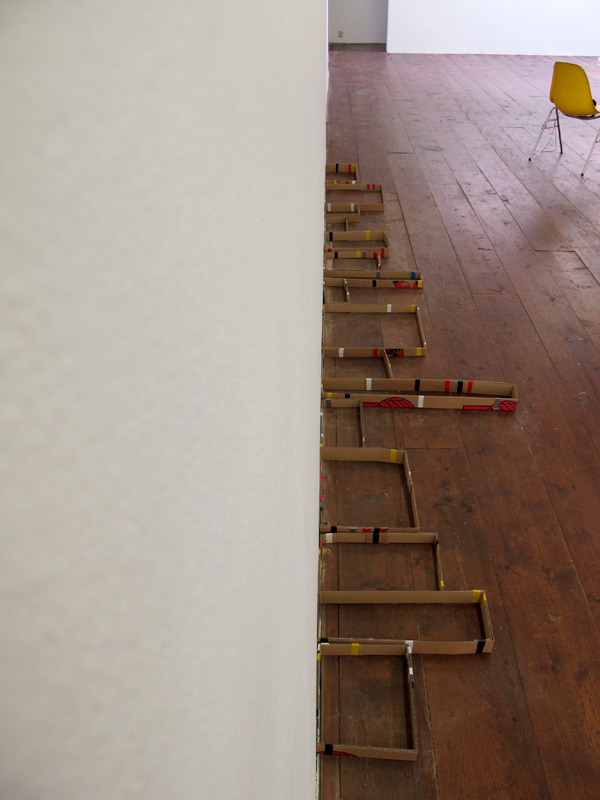 Drift (Floor) and Drift (Wall) comprise series of fragile cardboard constructions positioned flush against the wall along one side of each of the two corridors. Made out of cardboard boxes which have been cut into strips and then re-assembled into differently-sized frames using colourful insulation tape, these imperfectly geometrical structures are organized in line ups of sorts – horizontal and floor based in one instance, and upright and protruding into the vertical space of the corridor in another.

These makeshift and provisional frames seem to respond to the rectangular shape of the narrow space they occupy, but neither match the width of the space nor follow its bends and corners accurately. Instead, in both the vertical and horizontal version of the work, the lined-up structures create additional frames and dividers inside the existing geometrical framework of the corridor, forming an obstacle course of sorts, and forcing the visitors to negotiate the reduced width of the corridor by squeezing between the wall and the partial barriers erected in their path.

Directly interacting with the elements of architecture, the project draws attention to the physical thresholds of the built space – passages, doorways, walls and rooms – by repeating frames and structures that already exist in the building and creating distorted or inadequate imprints of them – miniature and uninhabitable versions of architectural spaces.

Additionally, these decidedly ill-fitting wall attachments appear as unruly “growths” protruding from the walls, creating rugged and serrated disruptions on the walls’ flat surface. The physical properties of cardboard as a building material – its fragility, flimsiness and impermanence – evoke organic forms and natural growths – vines, branches, roots. Starting in the corridors in both incarnations of the work, the temporary cardboard arrangements curve around the wall in Drift (Floor) or stick out of the confines of the corridor in Drift (Wall), spreading, as it were, into the main space of the gallery.