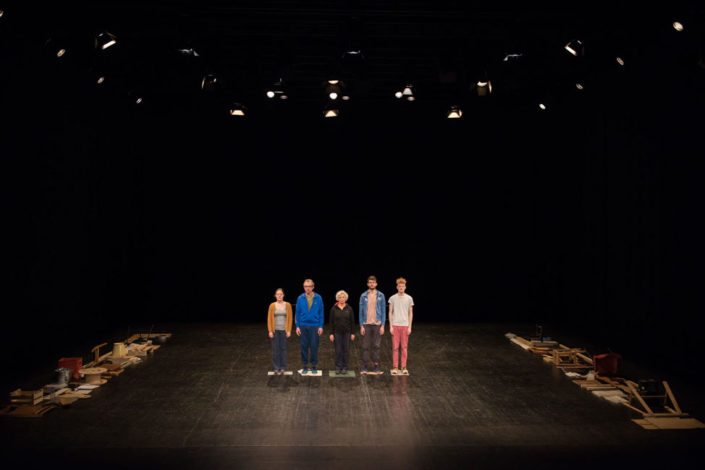 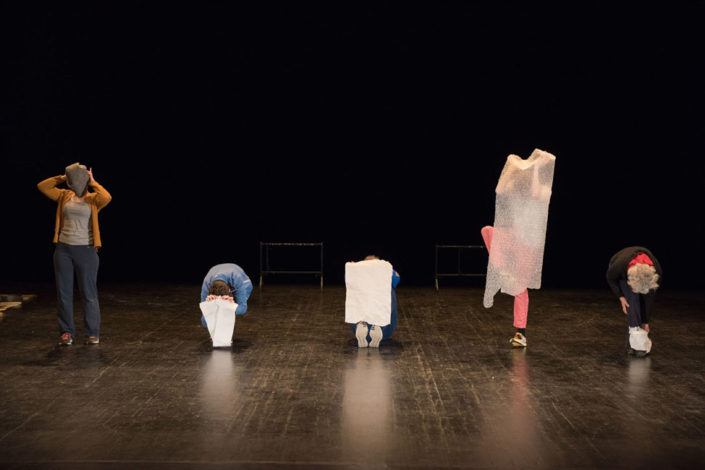 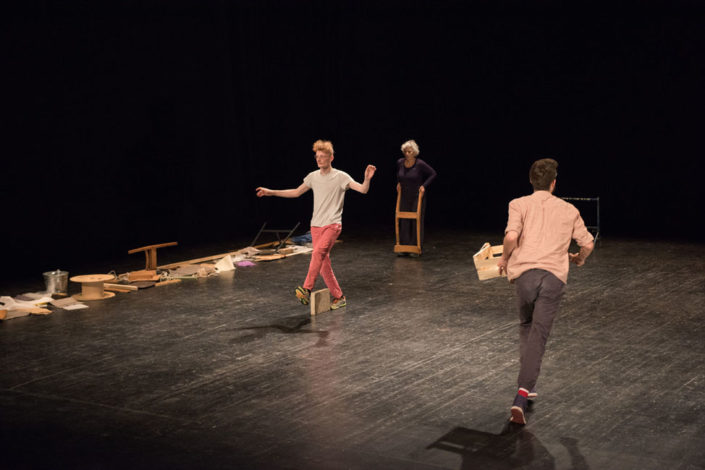 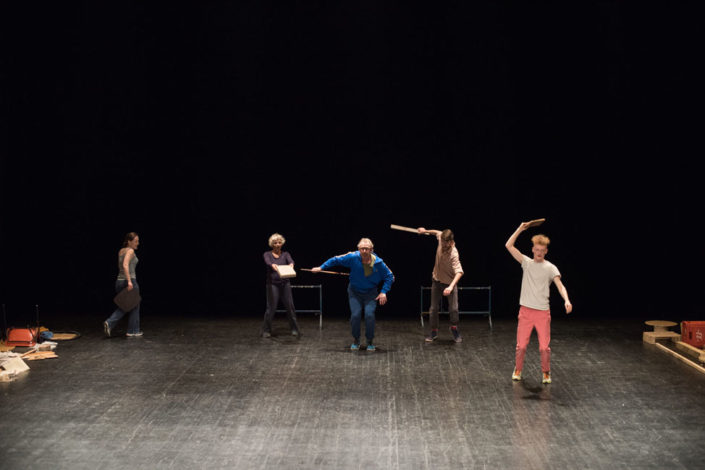 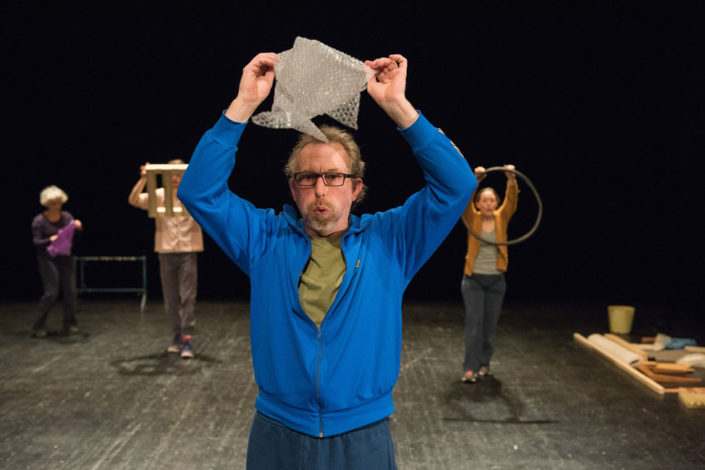 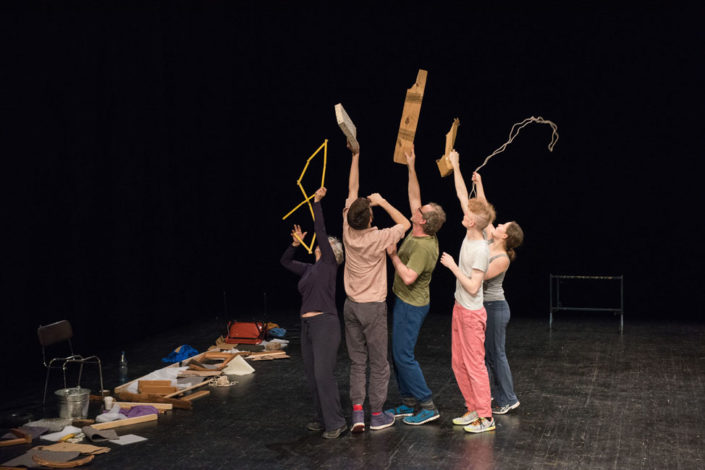 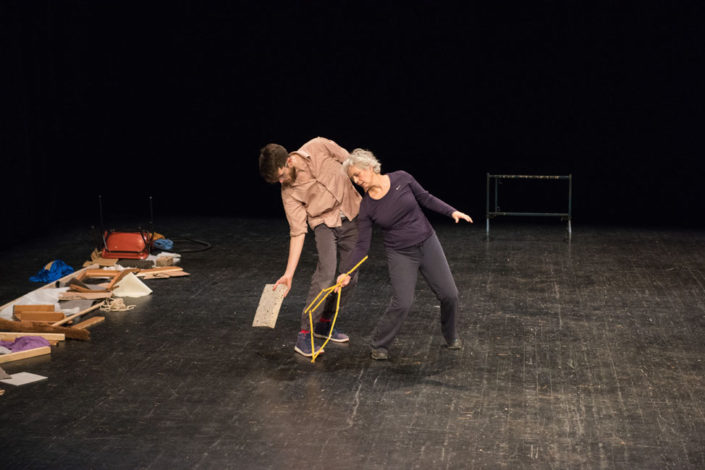 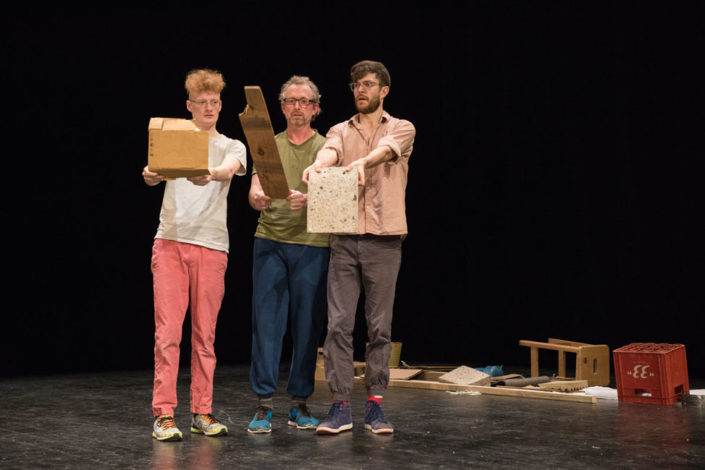 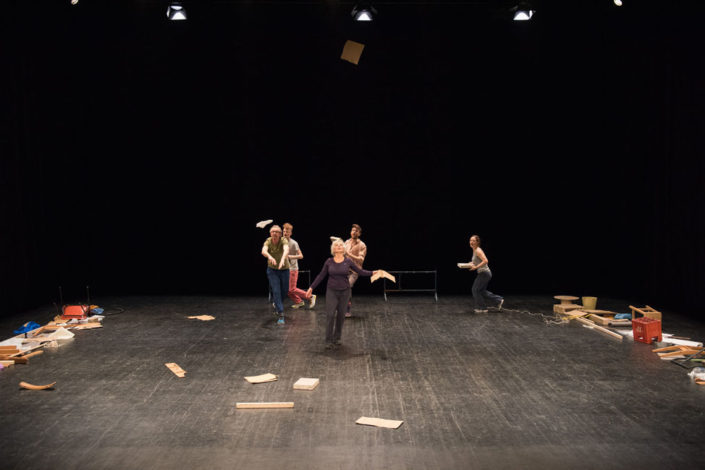 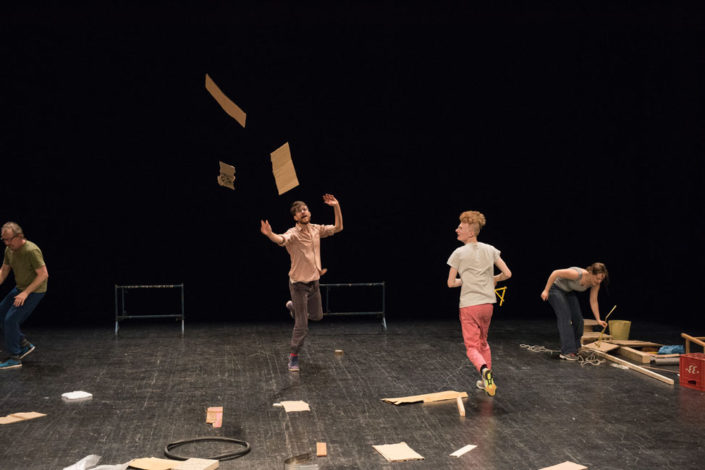 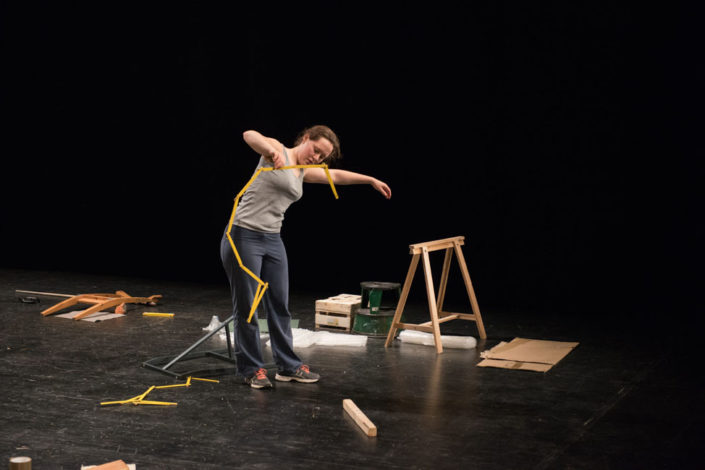 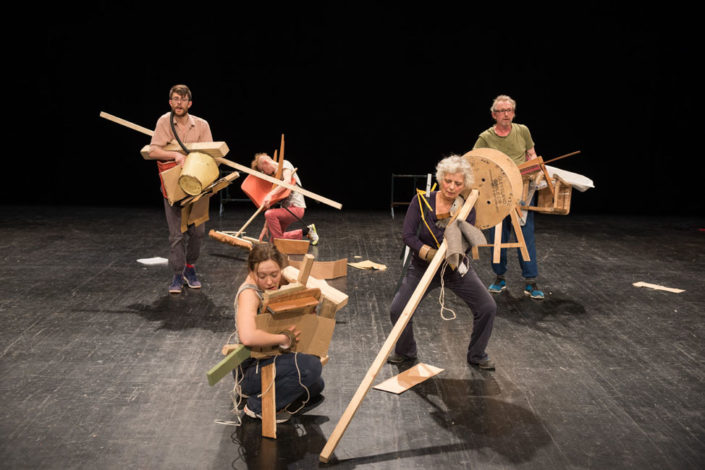 In Minor Planets, five performers work to make sense of themselves and their relation to each other as they traverse an impoverished landscape of detritus, wooden planks, sticks and fabric scraps. Using these inadequate resources, and locked in a decaying set of rules, mischievous games and other frameworks for action, the five negotiate a place for themselves, building and unbuilding a series of pathetic structures that both allow, define and ultimately hinder their interaction. Marginalized figures, existing always on the periphery, they attempt to make the best of the flimsy resources at their disposal, as they relentlessly journey through the space at times aided, and at other times hindered, by objects they carry with them.

Beginning initially with research into the Russian Revolution and its aftermath, Vlatka Horvat’s Minor Planets draws on her own experience of living through the breakup of Yugoslavia in the 1990s, which left in its wake confusion, corruption and opportunism. Looking at how people deal with structural collapse, the piece also tries to speak to the broader landscape of uncertainty that marks current events. A piece about resilience and stubborn perseverance, about finding humour in one’s predicament, about the drive to look ahead and keep going against odds, but also about the brutal and often dehumanizing effect change has on people as they repeatedly try to adjust to shifting rules and circumstances.

Commissioned and co-produced by HAU Hebbel am Ufer

Created in the frame of “Utopian Realities,” a co-production of HAU Hebbel am Ufer and Haus der Kulturen der Welt as part of “100 Years of Now,” curated by HAU Hebbel am Ufer
Funded by the Federal Government Commissioner for Culture and the Media