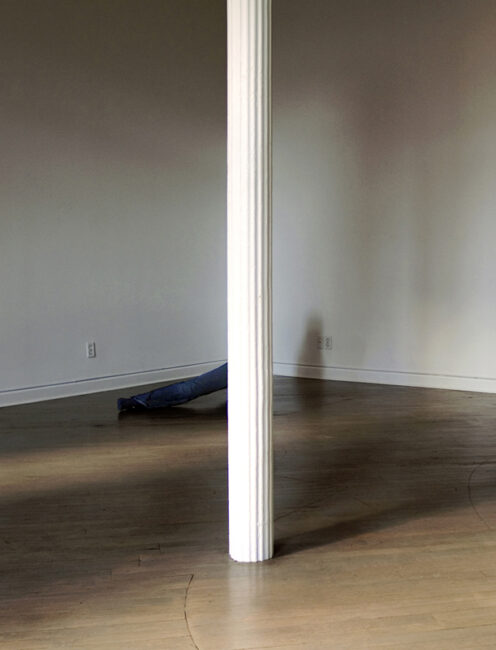 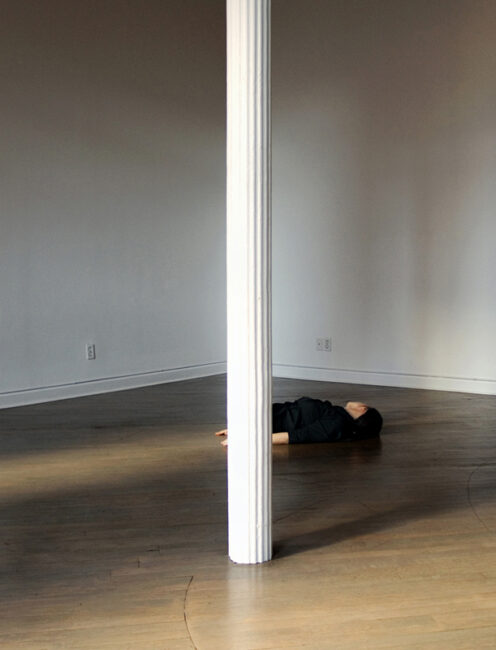 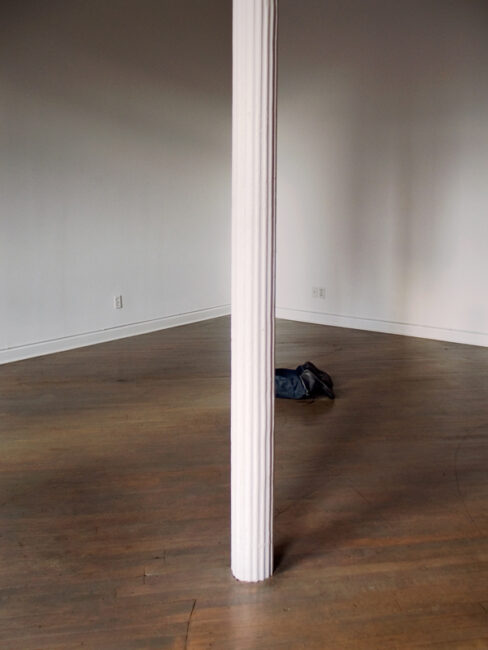 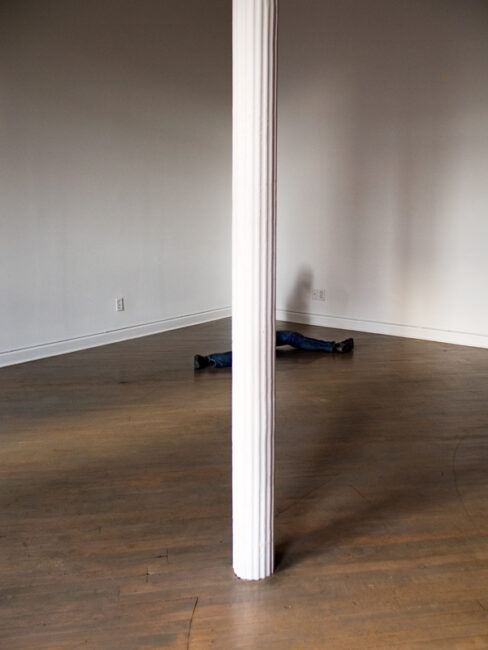 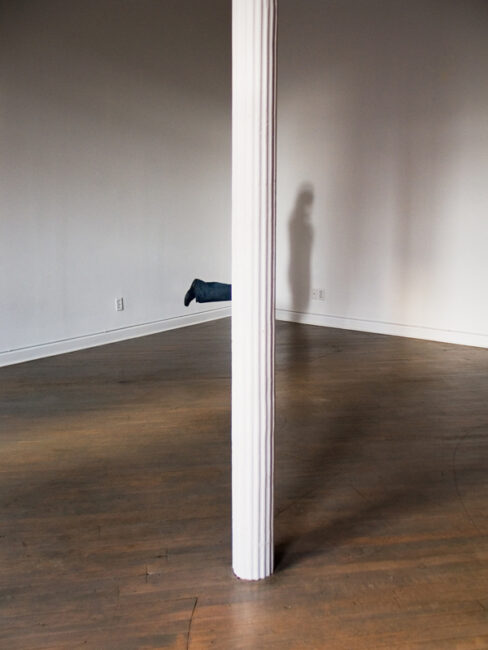 Obstructed is a series of two photographic tryptichs featuring a female figure partially hidden by a pillar occupying the central position in the frame. The fragmented body is represented here in its most reduced state – as discombobulated body parts sticking out from behind this central obstruction. We see only the limbs, divorced from the rest of the body, appearing as mere bits strewn around, as absurd and grotesque things. The pillar provides a kind of a laceration in the surface of the image, creating an impression that the body has been cut off and that it had “disappeared” behind the pillar. Posing the question of ‘where is the rest of the body’ additionally makes us wonder about the nature of the very space beyond this cut, beyond that which we readily see and perceive as ‘real’.

These photographs are shot “without looking”, with the camera positioned on a tripod and the artist running back and forth between inhabiting the space behind and in front of the camera. Created without Photoshop, the images resulted from the artist’s multiple attempts to position herself behind the pillar in relation to the camera’s vantage point. The combination of the camera’s position and the play of light in the space produce an illusion of the shadow which appears not to “belong” to the body, further problematising questions of presence and the ‘reality’ of representations of the body in its many tenuous and fleeting manifestations. Both the discombobulated body parts and the shadow function as signs of a body on the brink – a body caught in between: between two spaces, between reality and fantasy, between presence and absence, between being there / being known and being obscured. 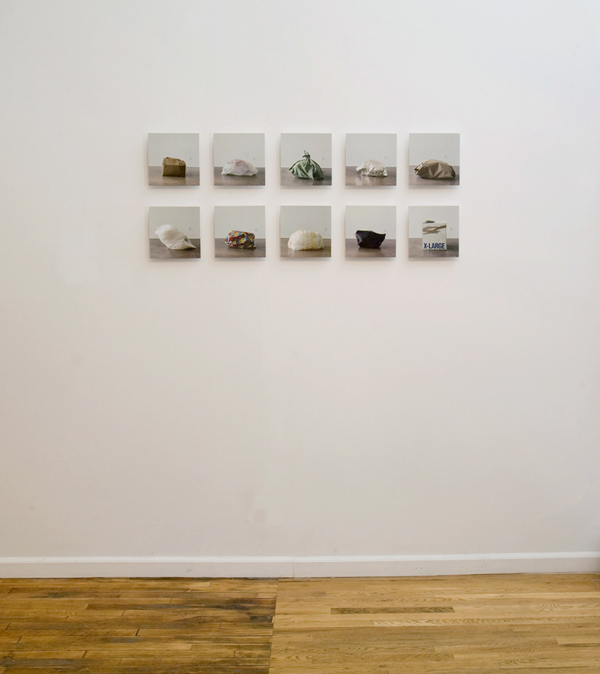 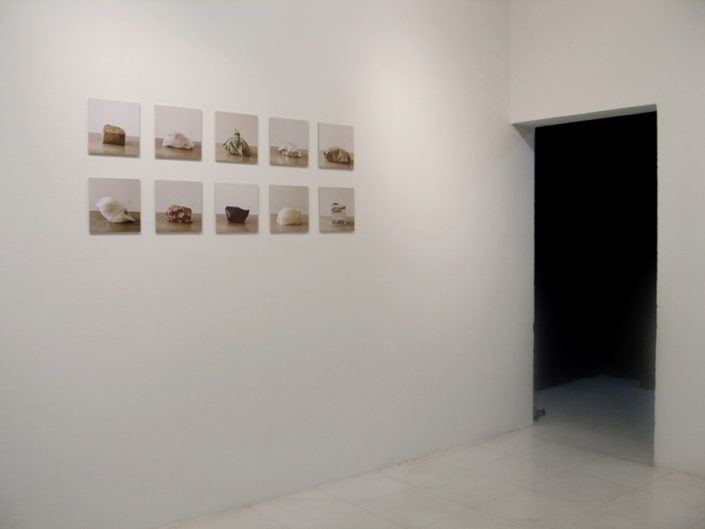