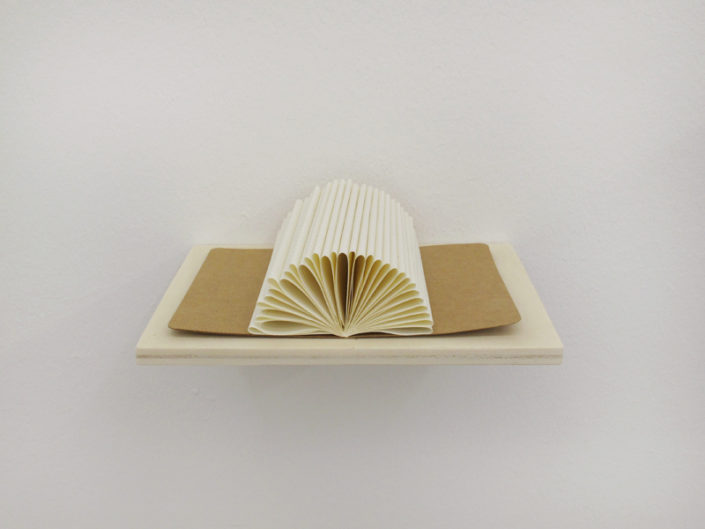 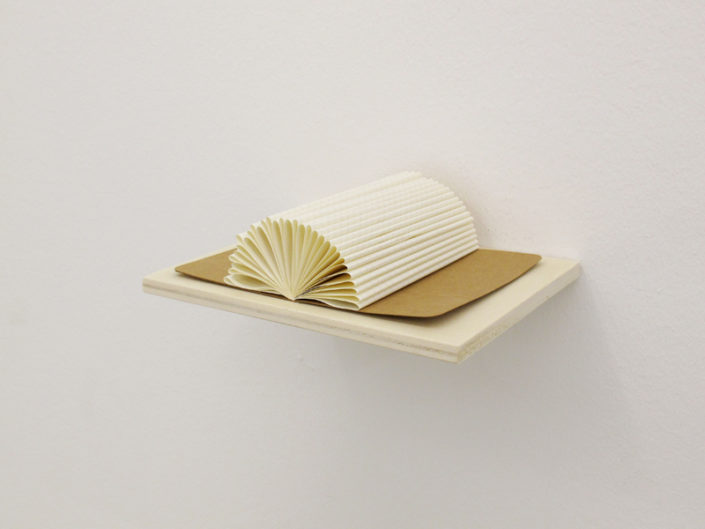 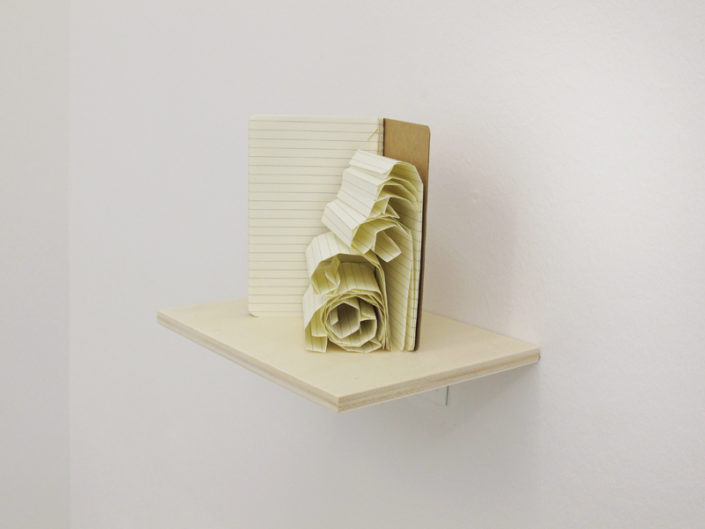 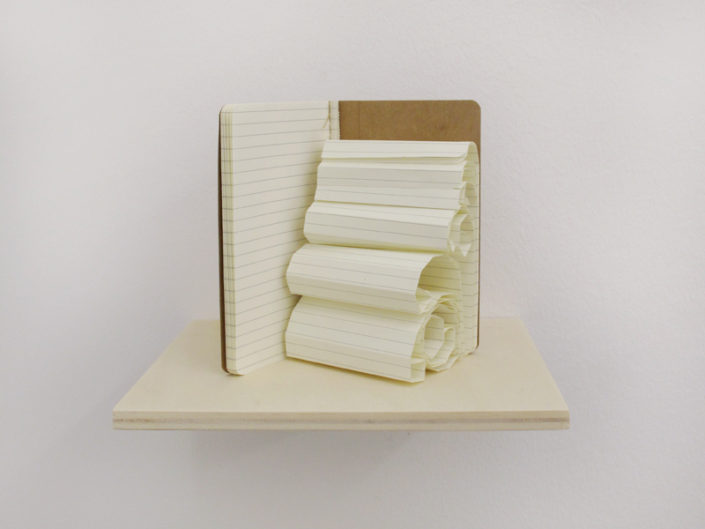 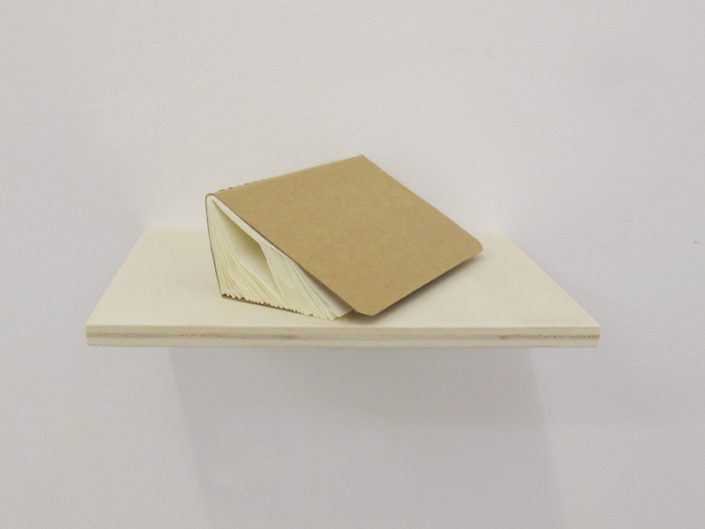 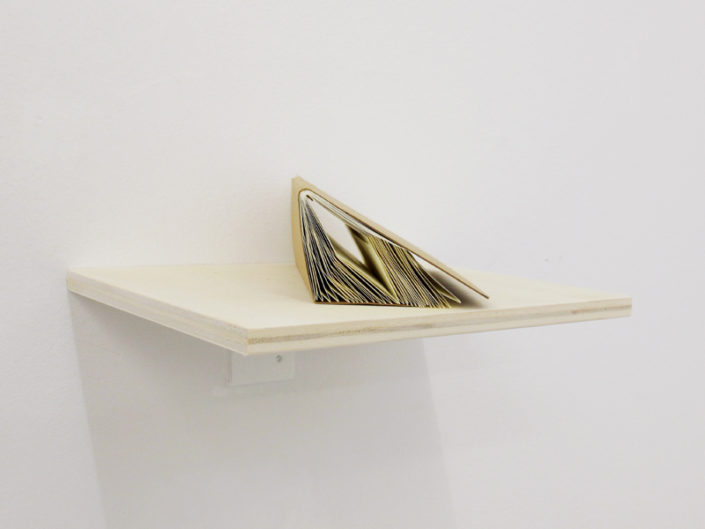 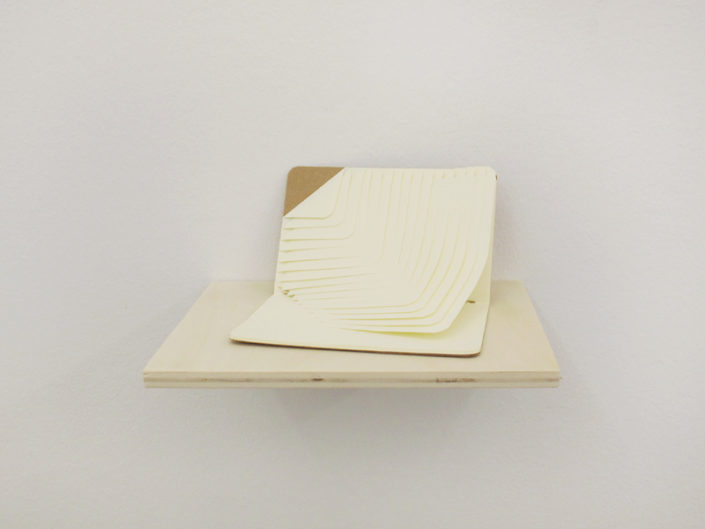 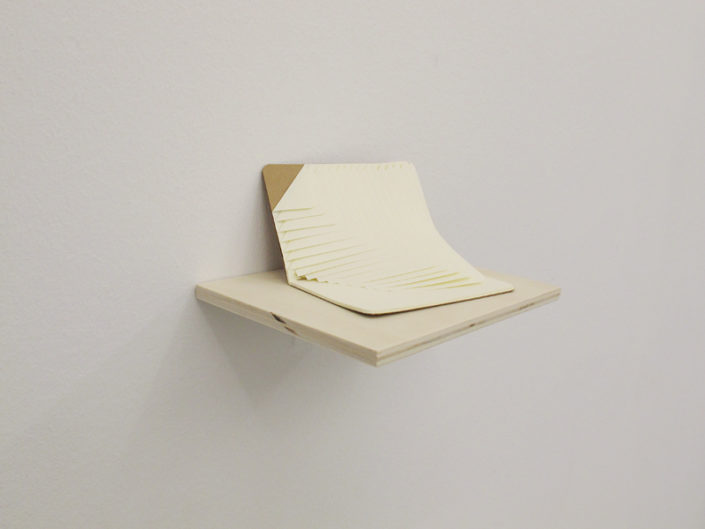 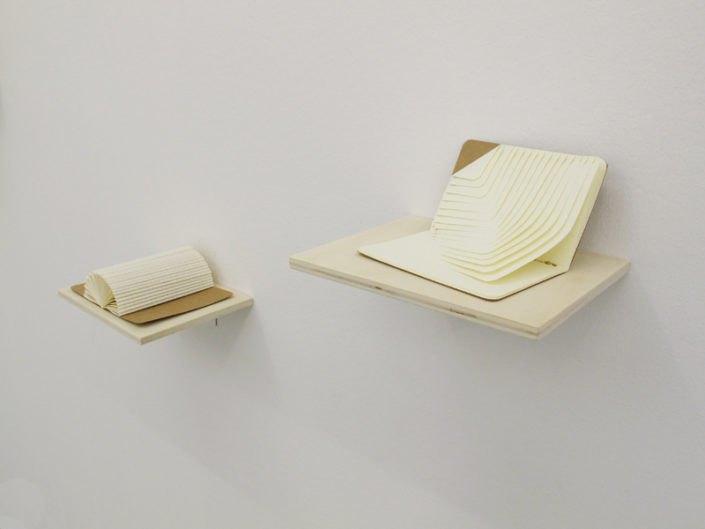 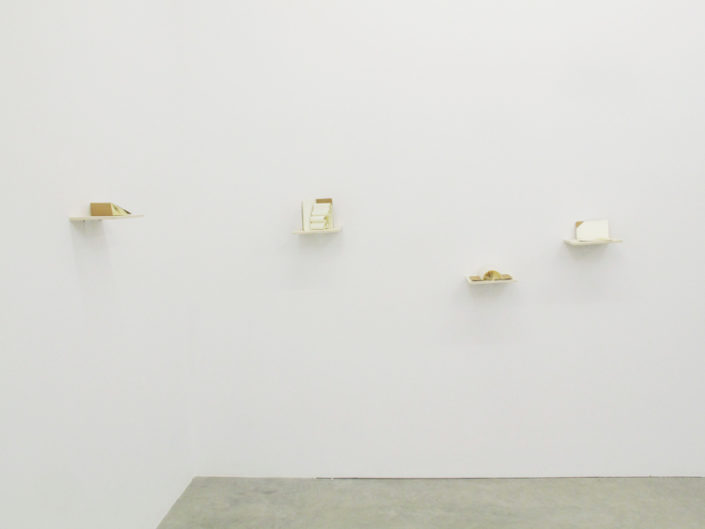 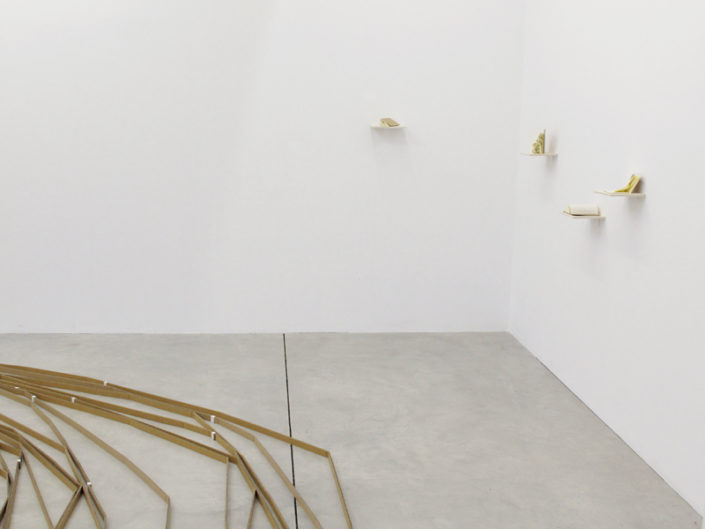 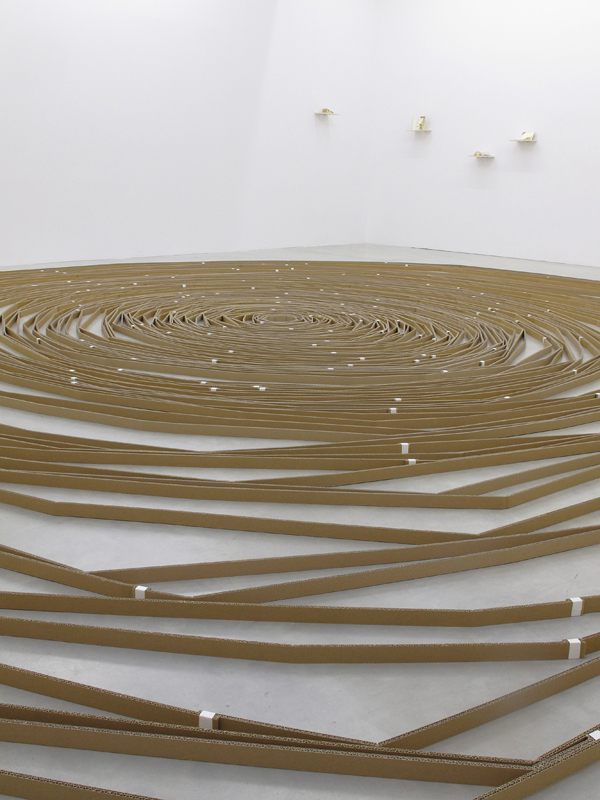 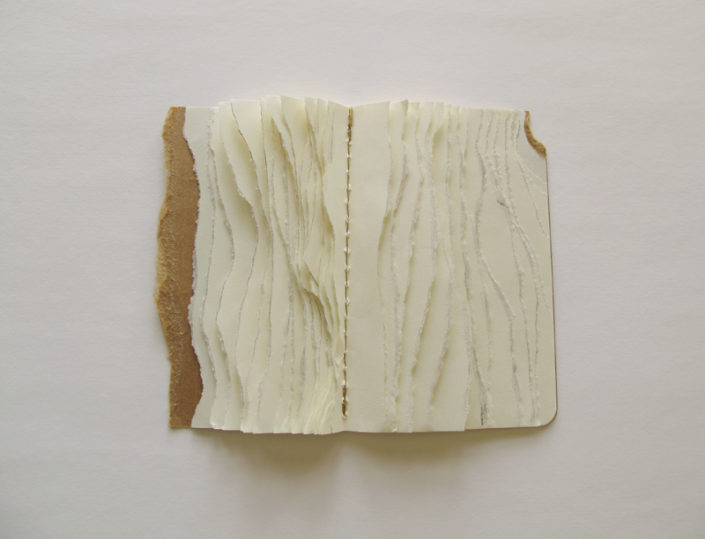 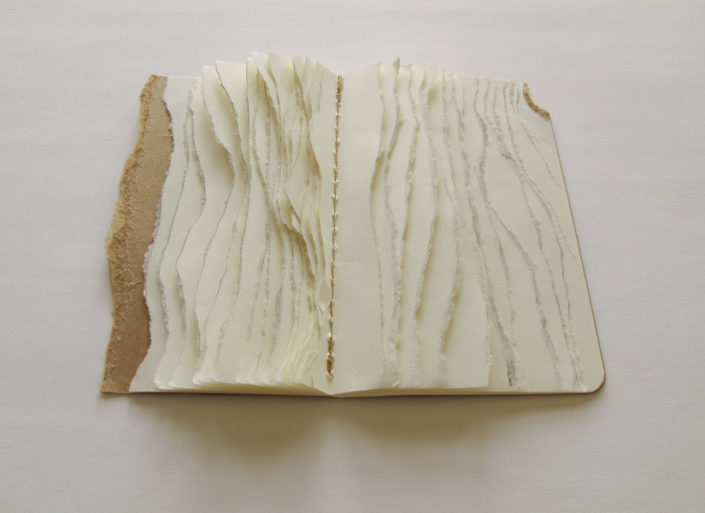 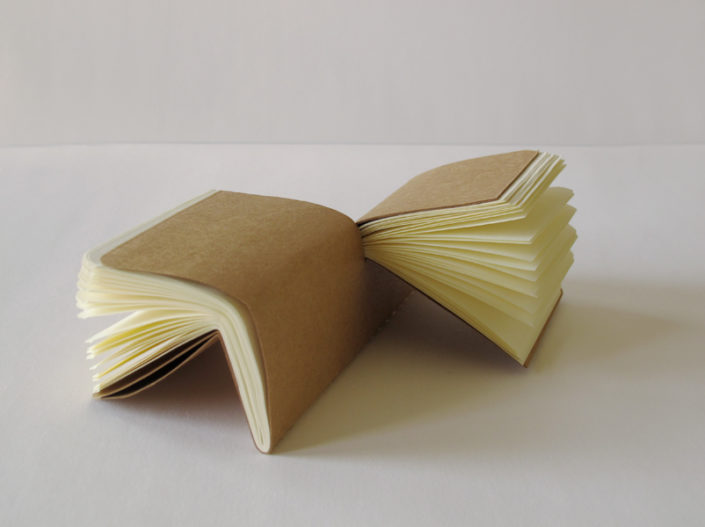 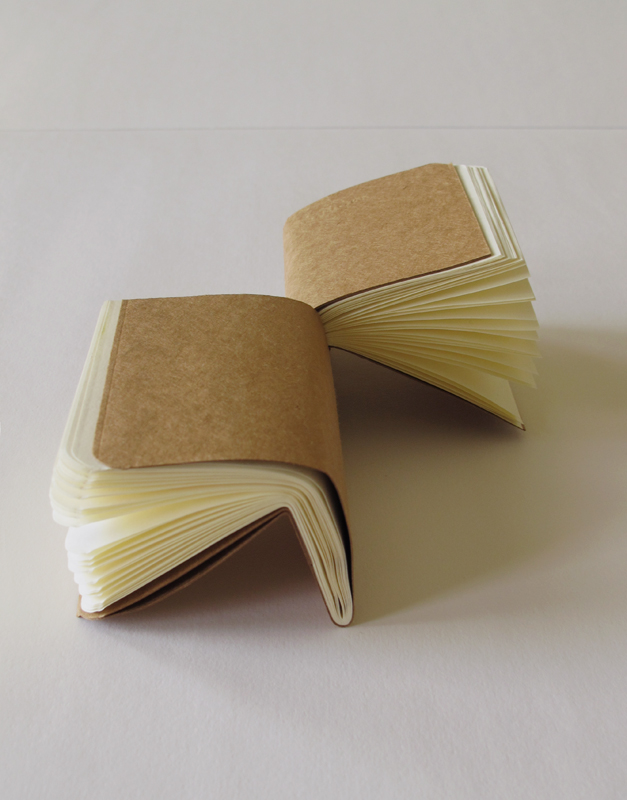 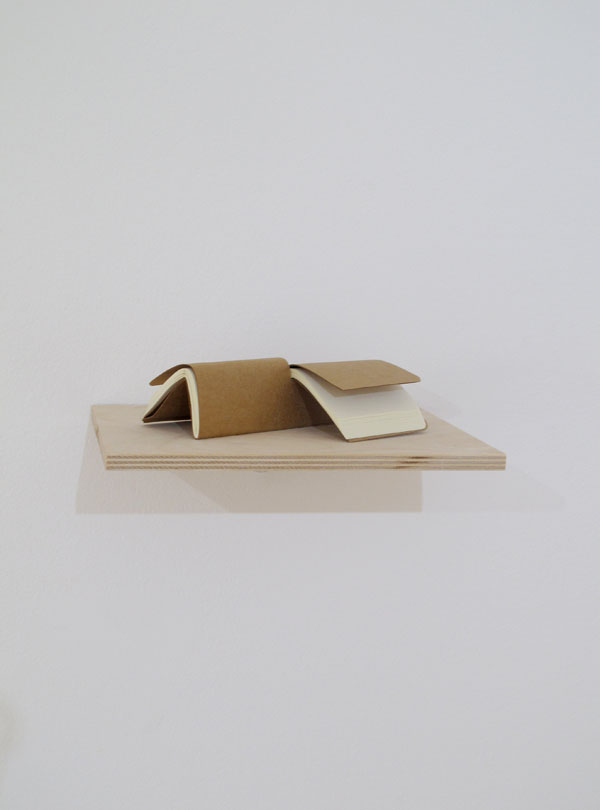 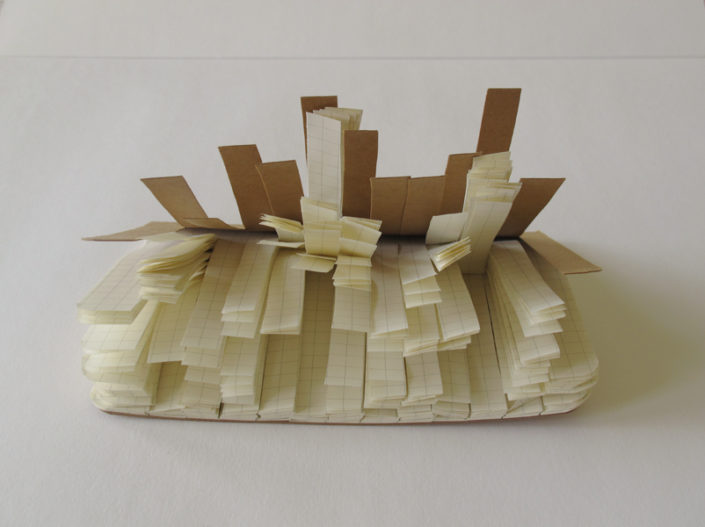 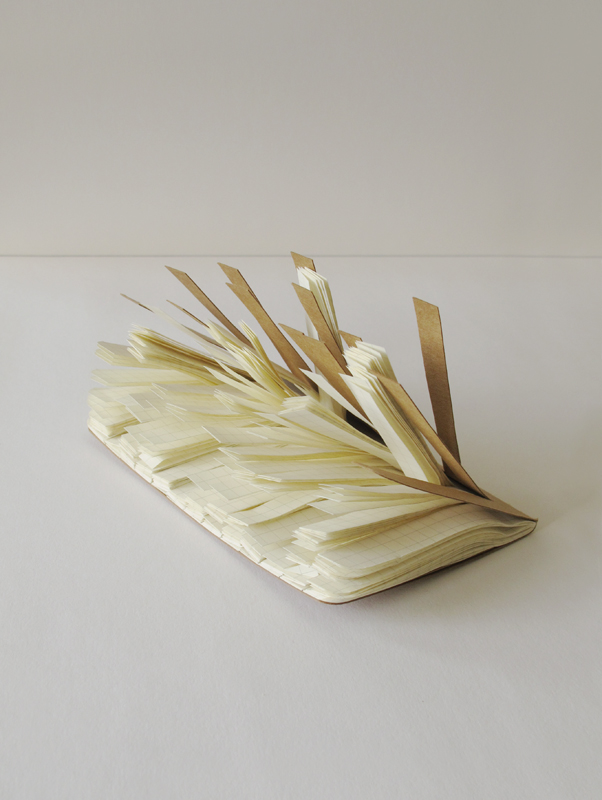 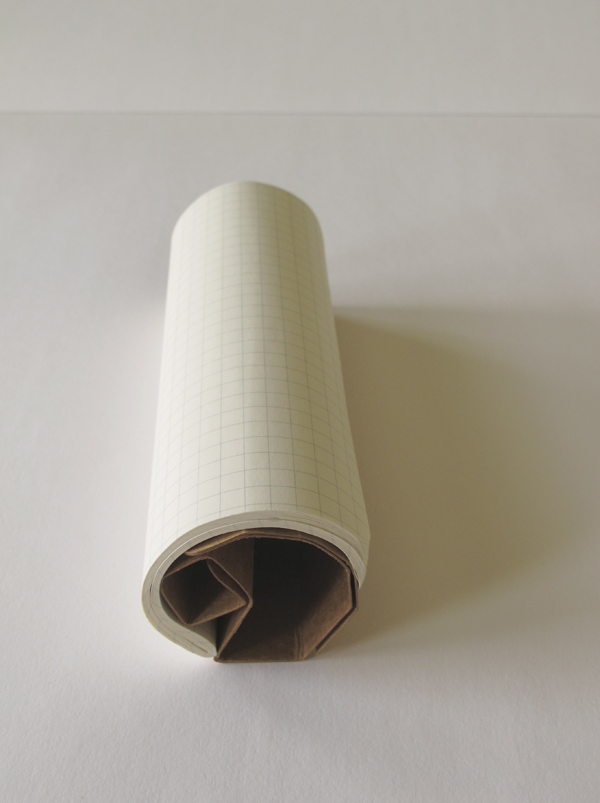 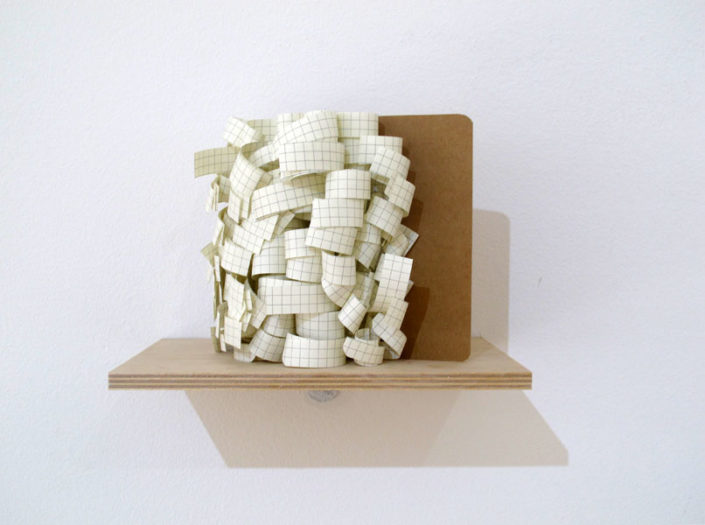 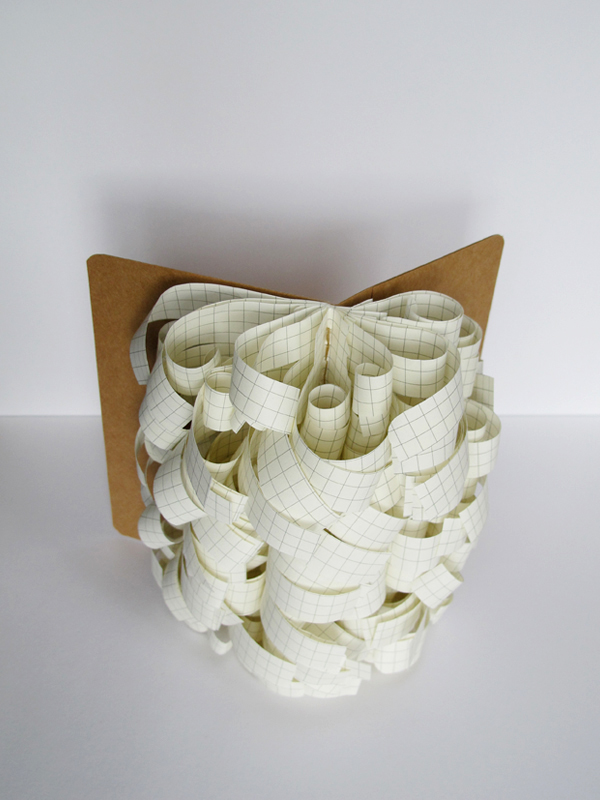 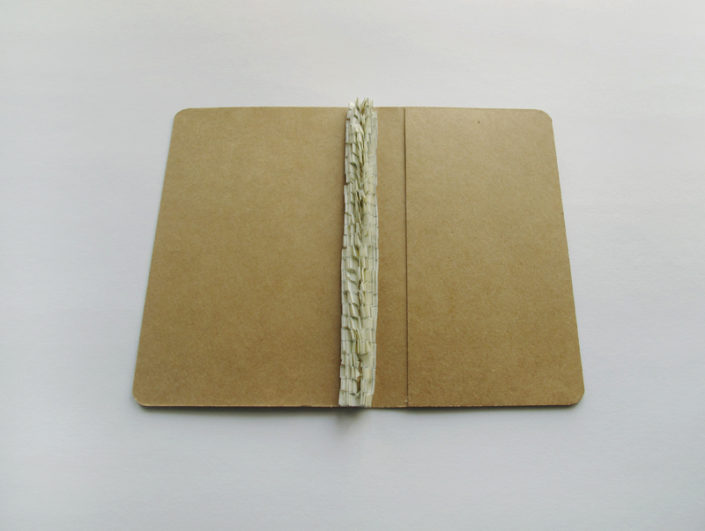 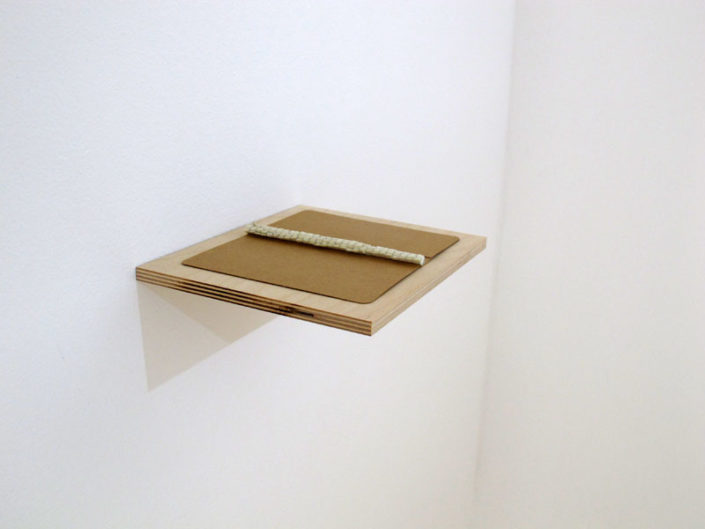 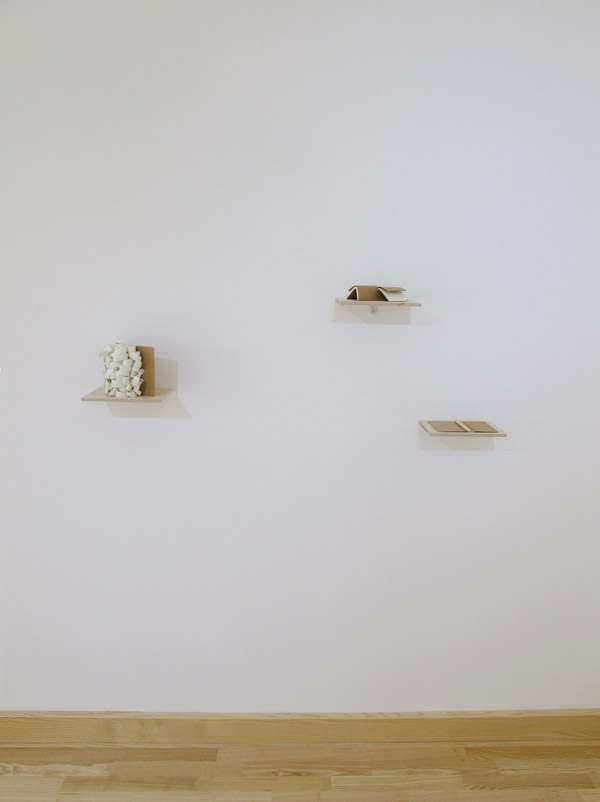 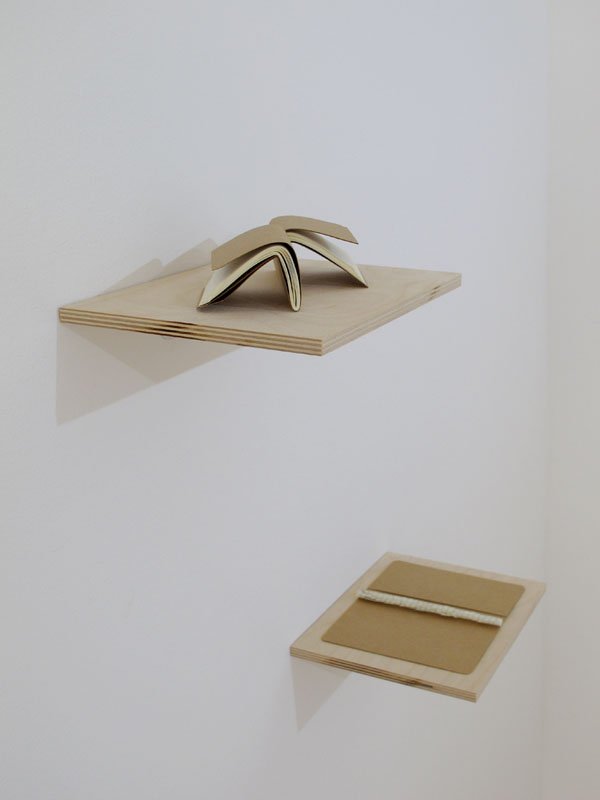 Topographies is a series of ten small sculptures, each involving an alteration of a plain brown-cover notebook, made using the same simple strategies I frequently employ in collage: folding and bending, creasing and turning, cutting up, shredding and opening up.

In Topographies, commonplace functional objects are deconstructed and transformed in such a way that they begin to invoke something natural – they become miniature models of landscapes, or of natural forces, bringing to mind associations of organic forms or movements: undulating, cascading, waving, rippling…

A blank notebook is here treated not as a space to be written on, or to be inscribed with text, but as a sculptural object in its own right – with the focus on the possibilities of spatial reconfiguration, transforming of the object’s material properties and re-imagining of how such a reconstituted utilitarian object might be read.

Instead of offering pages of a notebook filled with text or drawing to be read, blank pages of the spatially reconfigured notebook require acts of projection and imagination on the part of viewers – inviting them to contend with both the very act of transformation of the notebook as an object, and to “read” that which is not there on the surface of its pages. By altering spatially and compromising the function of these everyday objects, they are proposed as objects/spaces of both failure and possibility – puzzling conundrums whose purpose and status have to be re-imagined and re-invented.