By Hand on Foot 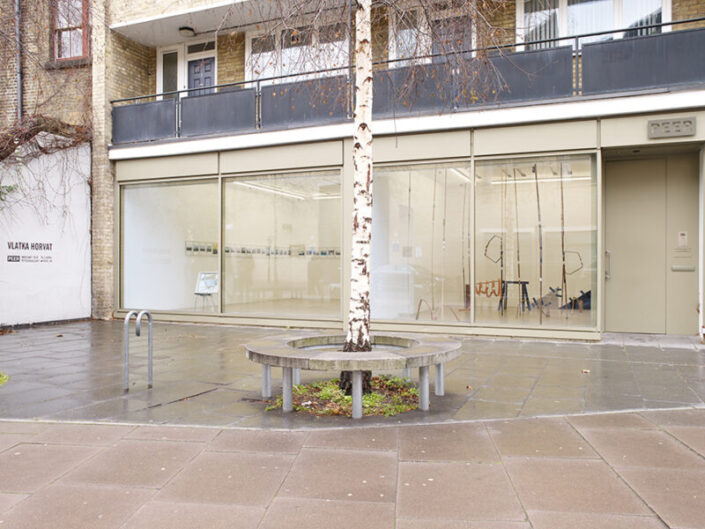 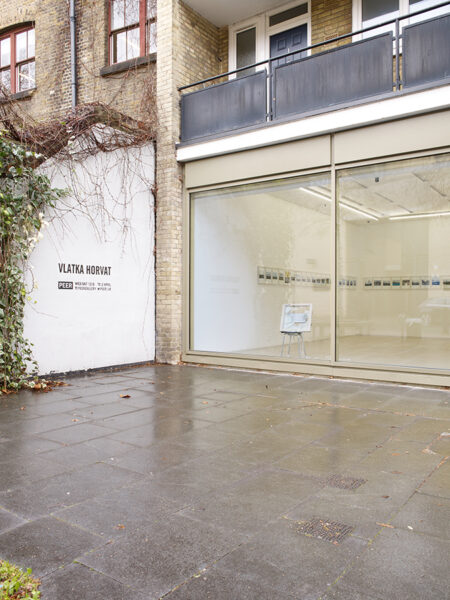 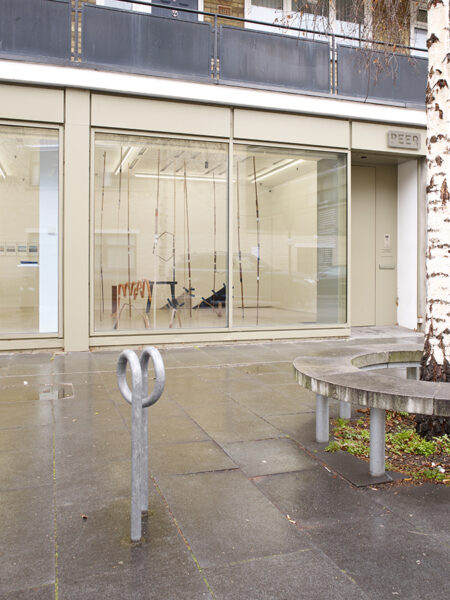 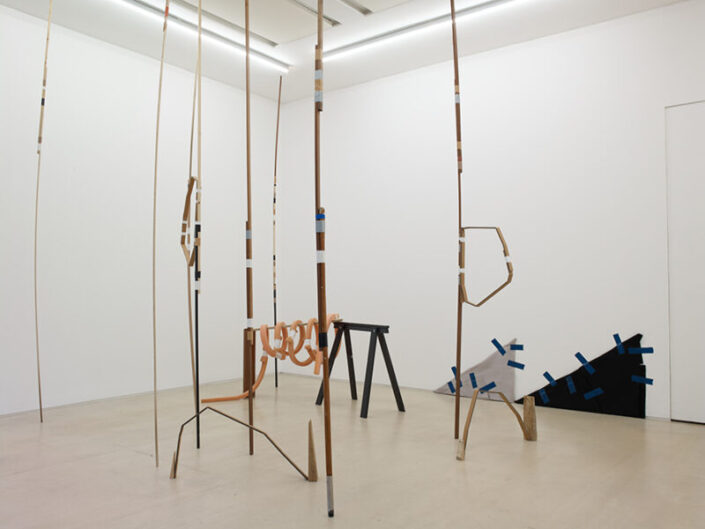 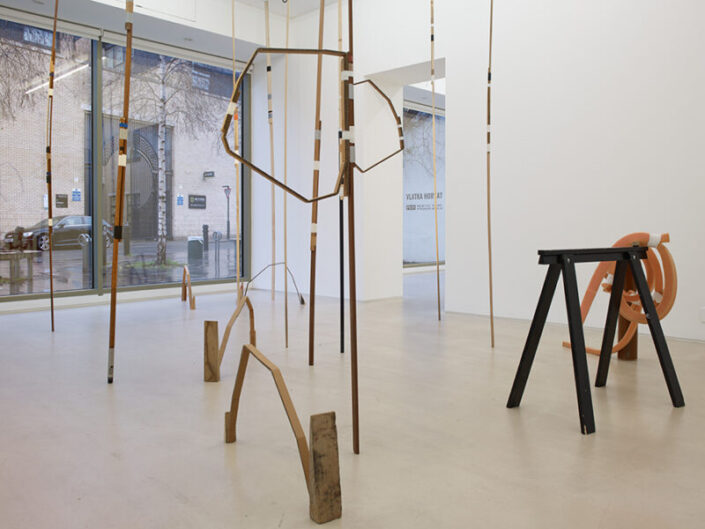 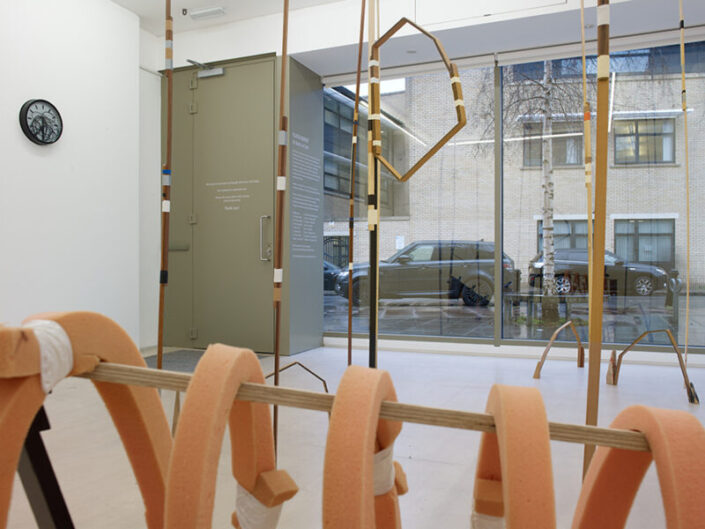 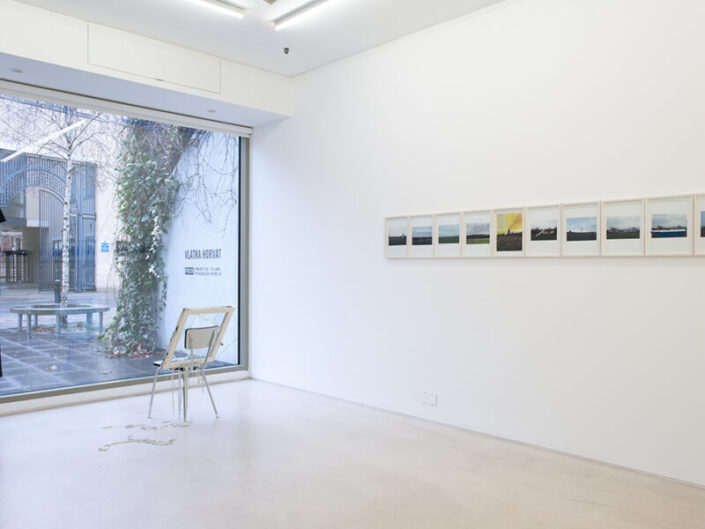 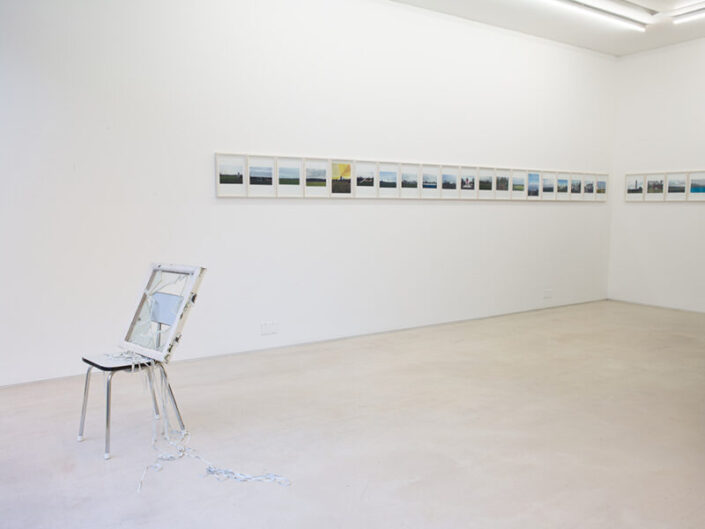 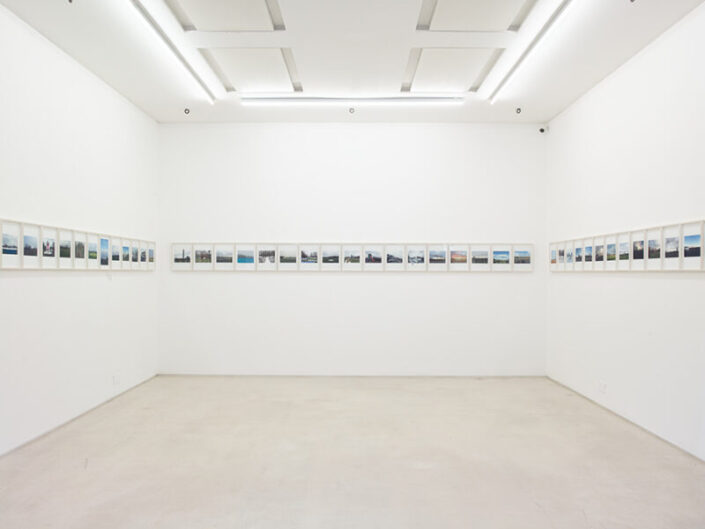 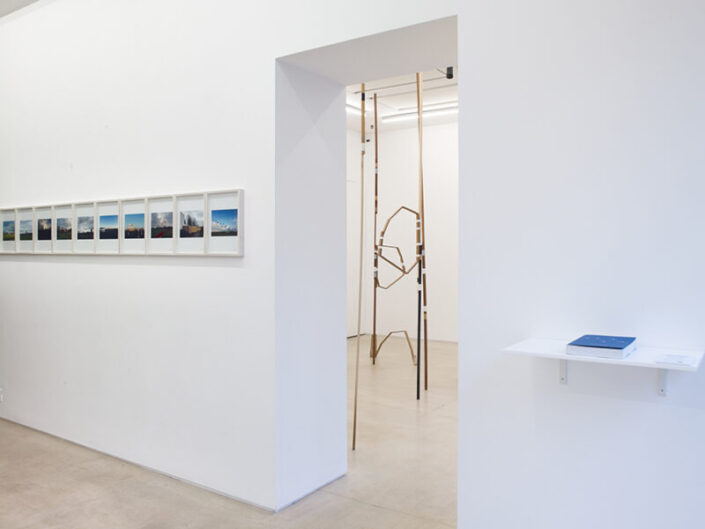 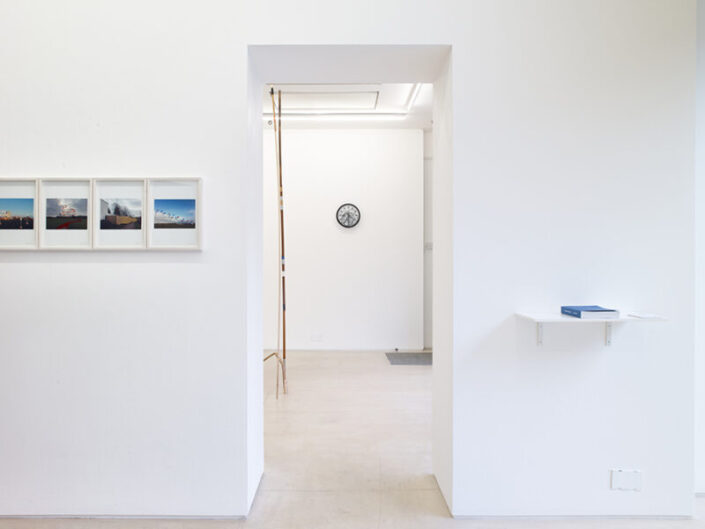 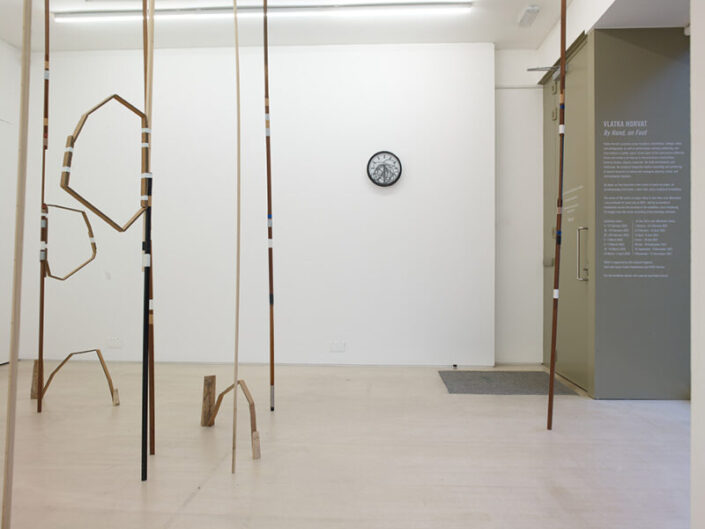 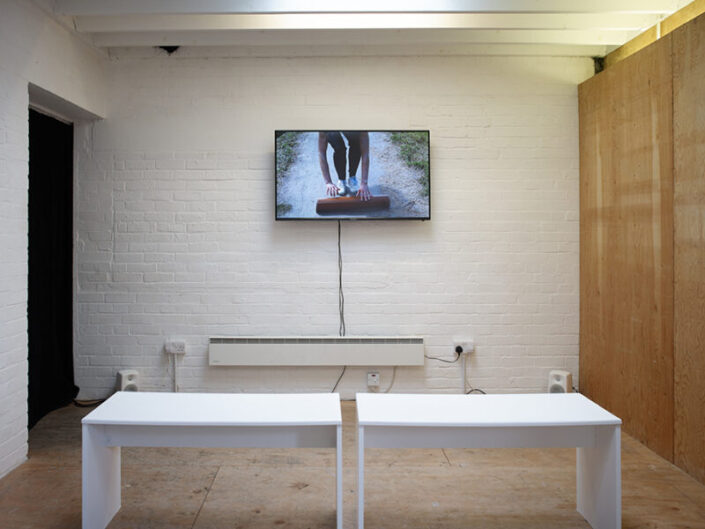 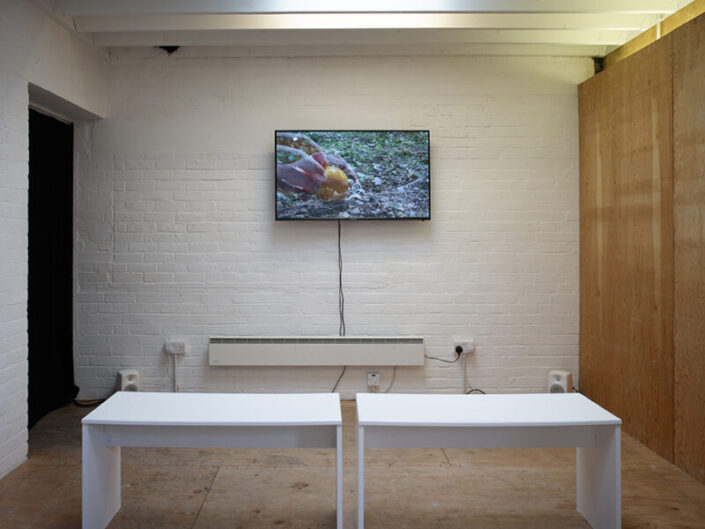 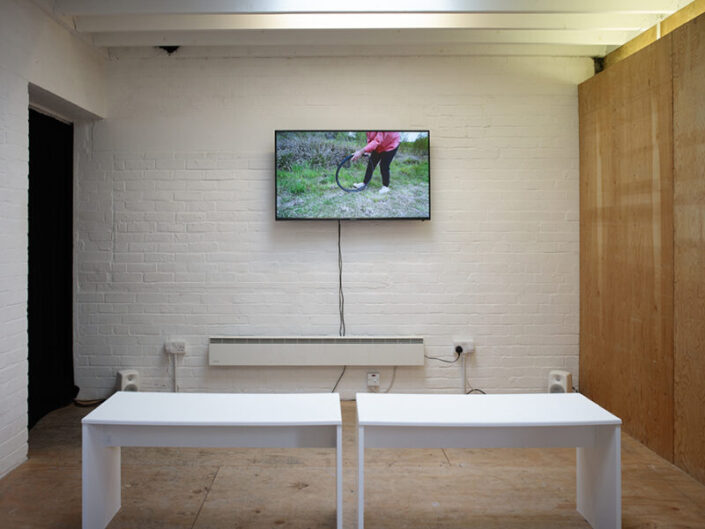 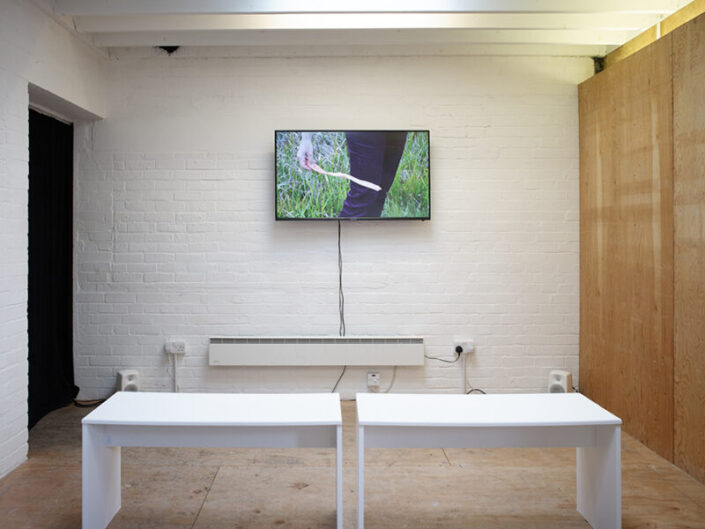 From the exhibition guide:

Central to Horvat’s exhibition is a new series titled To See Stars over Mountains (2021), consisting of 365 works on paper – one produced for every day of 2021. Each work in the series starts with a photograph the artist has taken on daily excursions, which she then playfully and radically reimagines through different interventions – cutting or tearing the paper, collaging, and drawing onto the image. The resulting works mirror, amplify, extend, repeat, and morph aspects of the landscape, transforming mundane everyday scenes into exciting new utopias, or disturbing dystopias – all offering new, boundless possibilities. Produced during a period in which we experienced unprecedented restriction in our daily lives, the work explores our relationship to the local and the everyday, encouraging us to consider our own impact on, and agency over, the spaces we inhabit.

The work will be presented in instalments across the duration of the exhibition, each displaying 53 images from the series, running in a chronological order around the second gallery space – an entire year unfolding over the course of eight weeks.

As part of her show, Horvat has produced an artist book presenting the entire series of 365 images comprising To See Stars over Mountains, accompanied by a text by the writer Lauren Elkin (author of No. 91/92: Notes on a Parisian Commute, and Flâneuse: Women Walk the City) written in response to the project.

In Gallery 1, Horvat presents a site-responsive sculptural installation. Made using simple found and commonplace materials, the work pushes and probes at the edges of the built environment encompassing it, challenging its confines while referencing its surroundings. Horvat’s sculptural installations regularly reconsider limits and boundaries between spaces. By creating physical barriers or intrusions into the architecture, the work addresses the possibilities and problems of inhabiting and negotiating space, exploring the effects that spatial re-organisation has on social structures, systems of exchange, and encounters with people and place.

The exhibition also includes Horvat’s recent video work, titled Until the Last of Our Labours Is Done (2021), filmed in the same fields which feature repeatedly in the series To See Stars over Mountains. The 24-minute film, shown in the back room at PEER, follows a handful of lone figures as they travel through the deserted landscape, pushing, rolling, and dragging a series of miscellaneous objects in a playful yet apparently purposeless labour. The film reflects on the relationship between humans, objects, and nature: on our overwhelming desire to control and manipulate the world around us and the undeniable reality that our future and our destination are both unknown and out of reach.